The IOC Has Announced A Policy Of No Protest For The Tokyo 2020 Olympics In Which Political Protests On The Field Of Play, At The Olympic Village, During The Opening And Closing Ceremonies And On The Medal Podium Will Be Banned.

The build-up to the modern Olympics has been dominated by geo-political tensions. (Photo Credit: Getty Images)

The year 2020 is significant as it is the year of the Olympics. Tokyo is set to host the event after 56 years, having become the first Asian nation to host the Olympics in 1964. While Tokyo is currently in the news for environment sustainability and taking care of athletes' conditions due to climate vagaries, one event has already dominated the discourse in the build-up to the Summer games which will be held in July. The International Olympic Council (IOC) has declared that the Tokyo Olympics will be a No Protest Olympics. IOC chief Thomas Bach reiterated that athletes, coaches, trainers and officials are banned from political protests on the field of play, at the Olympic Village, during the opening and closing ceremonies and on the medal podium.

"If this political neutrality is not respected, then the Olympic Games will divide, and not unite, the world," Bach insisted. The guidelines issued by the IOC outline specific actions that are banned and will draw sanctions, but surprisingly, an athlete expressing an opinion on Twitter will not be sanctioned. This has not gone down well with many athletes.

Prominent among them is US Women Soccer superstar Megan Rapinoe who has argued, "So much being done about the protests. So little being done about what we are protesting about. We will not be silenced." Rapinoe's comments mark a significant turning point in the discourse of the modern Olympics, where build-up is dominated by geo-political events the world over.

Controversy, Protests Part Of The Build-Up

In the last 60 years, the build-up to the Olympics has been marred by geo-political tensions. In 1956, the Melbourne Olympics was played at a time when the Soviet Union had invaded Hungary. In 1968, the Black Power Salute brought into light the issues that were facing the African Americans at the heights of the Civil Rights Movement in the USA. In 1972, the Munich Massacre of 11 Israeli Athletes was the darkest day in the history of sport.

The next decade was boycotts, with 1976 Montreal being dominated by 22 African nations not attending the event as a protest for New Zealand Rugby's visit to Apartheid South Africa. The 1980 Olympics in Moscow was boycotted by America and 29 other nations for the USSR's invasion of Afghanistan in 1979 while the 1984 Olympics in Los Angeles was in return boycotted by the USSR and the Warsaw Pact nations barring Romania.

In the 1996 Atlanta Olympics, the games were marred by the Centennial Olympic Park Bombing while before the 2008 Beijing Olympics, the Free Tibet protests had dominated the build-up. In the last Olympics in Rio de Janeiro, there were massive protests over the state of the finances of the city. Thus, in majority of the Olympics, societies across nations have found a voice to demonstrate and raise issues which have captured the attention of the world.

In the modern world, the space for protests has shrunk. Governments, in developed and developing worlds, are crushing dissent brutally. Protests are being tackled in aggressive manners and legitimacy has been stripped. There is a no clarity from societies opinion-makers on whether to speak about a particular issue or remain silent. In the age of social media, any kind of opinion is met with brutal trolling from both ends of the ideological spectrum - either left or right.

When governments crush dissent, when free speech itself becomes bound by ideological factors, when selective outrage is prevelant in society, where can one protest? Why is the Olympics the centre-stage for massive protests? The reach of the Olympics, as well as the nunber of countries that participate in the event makes every expression symbolic. When society and government turn a deaf ear, shut eye and closed mouth to protests which concern individuals, the Olympics has always provided the platform. 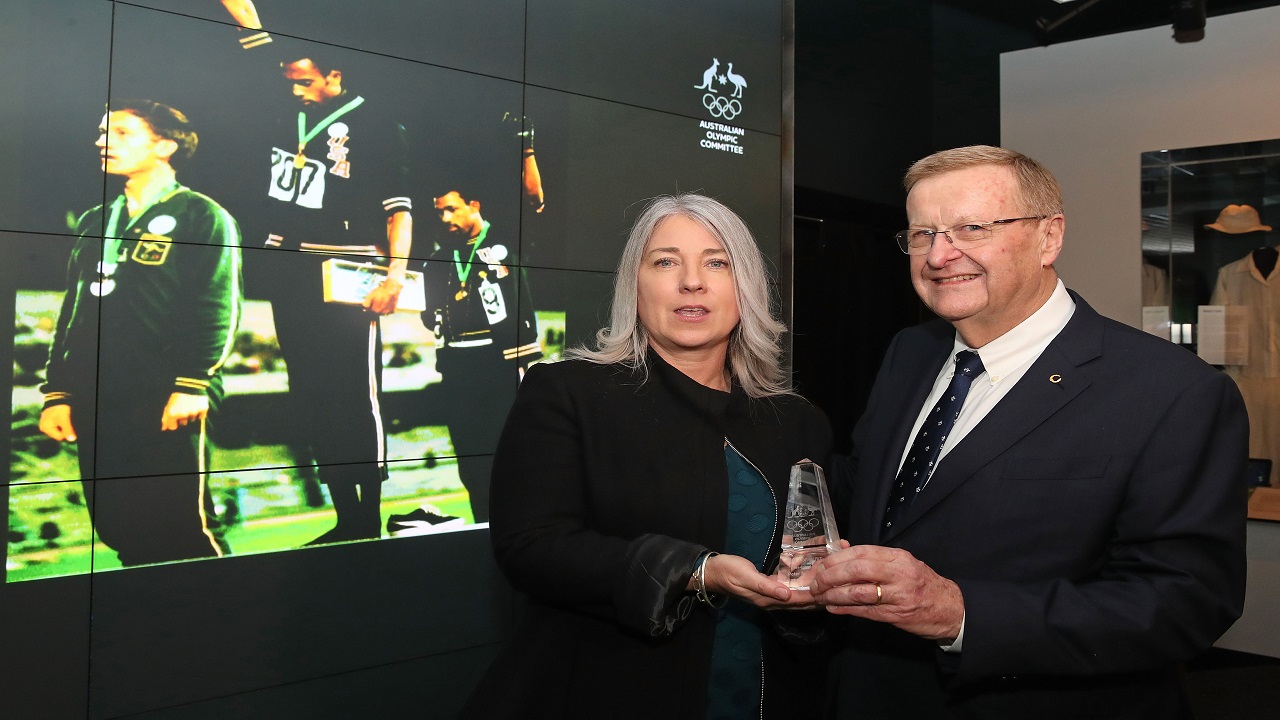 From Colin Kaeperneck's kneeling for the US National Anthem to protest racial injustice and systematic oppression in the country to India's divided opinions on the Citizenship Amendment Act protests to Hong Kong's protests over the introduction of the Fugitive Offenders amendment bill, the legitimacy of protests was questioned. It can be argued that every athlete could turn all sporting events into a protest slugfest. It can be argued that in the modern era, the legitimacy factor for protests is a grey area. It can be argued that an event which is supposed to promote peace, harmony and unites the world, in the words of Bach, is remembered for unruliness and violence.

Voicing legitimate grievances is the right of every athlete and every citizen in the free world. In the fundamental principles outlined in the Olympic charter, there is a point which reads, "The enjoyment of the rights and freedoms set forth in this Olympic Charter shall be secured without discrimination of any kind, such as race, colour, sex, sexual orientation, language, religion, political or other opinion, national or social origin, property, birth or other status." Declaring a games as No Protest goes against the very grain of the charter and is indeed a major impingement of freedom of speech and expression.