India's Athletes Lauded The Tokyo Games' Postponement Amid The COVID-19 Pandemic That Has Pushed The World Into Chaos. The Quadrennial Showpiece, Scheduled From July 24 To August 9 In Tokyo, Was Postponed To No Later Than Summer Of 2021.

The Tokyo 2020 Olympics has been postponed to the summer of 2021 due to the coronavirus pandemic. (Photo Credit: Getty Images)

Life comes first, sport can wait. This was the collective view of India's top Olympic-bound athletes, including stalwarts such as M C Mary Kom and Saina Nehwal, as they lauded the Tokyo 2020 Games' postponement amid the COVID-19 pandemic that has pushed the world into chaos. The quadrennial showpiece, scheduled from July 24 to August 9 in Tokyo, was postponed to no later than summer of 2021 after a telephonic conversation between Japan Prime Minister Shinzo Abe and International Olympic Committee (IOC) chief Thomas Bach on Tuesday.

"The situation right now is not good. Life always comes first, everything else can wait. Players' safety is paramount. Everyone who took this decision factored this in. I think it's good for everyone," celebrated boxer Mary Kom, a bronze-medallist at London 2012 Olympics who was gearing up for her second Olympics, told PTI. "Now I get more time to prepare, our training plans can be extended. And it's not just for me, it is true for everyone around the world," she added.

Saina Nehwal, also a bronze-winner at the 2012 Games, held a similar view. She was racing against time to qualify for Tokyo after all the qualifying events stood cancelled due to the deadly coronavirus outbreak, which has caused more than 16,000 deaths worldwide. "Happy that it's postponed even though some of us haven't qualified. We are eager to know what the qualification (process) would be like going ahead," she said. "As an athlete who's played Olympics before I would say it's good as everyone can chill now and not worry about preparations amid a lockdown. We all have to be safe first and then we can think about preparations," she added, referring to the lockdown in India to contain the pandemic.

Star wrestler Bajrang Punia, who is eyeing an Olympic medal on debut, said training had been thrown haywire by the pandemic and the postponement is welcome. "It's a good decision because everyone is disturbed. Athletes' health is paramount. No one is training properly. It's not just about India, it's also about the entire world. We first have to save people from this epidemic," Punia told PTI.

Former world champion weightlifter Mirabai Chanu also felt that the decision is good for athletes. "Whatever happens, happens for a good reason. Now we have more time to prepare. It's good for my performance. I will continue training," she said. Shooter Rahi Sarnobat, who qualified in the 25m air pistol event, said with her training hampered by a nationwide lockdown, she is feeling relieved. India has close to 500 COVID-19 positive cases and has recorded 11 deaths so far. "...since training had stopped, we would have needed another three-four months time to prepare. So, we wanted postponement. Now we can refresh ourselves and restart the competitions (training)," she said.

Wrestler Ravi Dahiya, who qualified in the 57kg category with a bronze medal winning performance at the 2019 World Championship, said he would use the time to toughen up a bit more for his debut at the big stage. "We were prepared for this year's Olympics. We were ready but what do you do when something like this happens. It's beyond everyone's control. We will again prepare for 2021," Dahiya told PTI. "I would have fought well this year also, but now I have more time to toughen up," he added. 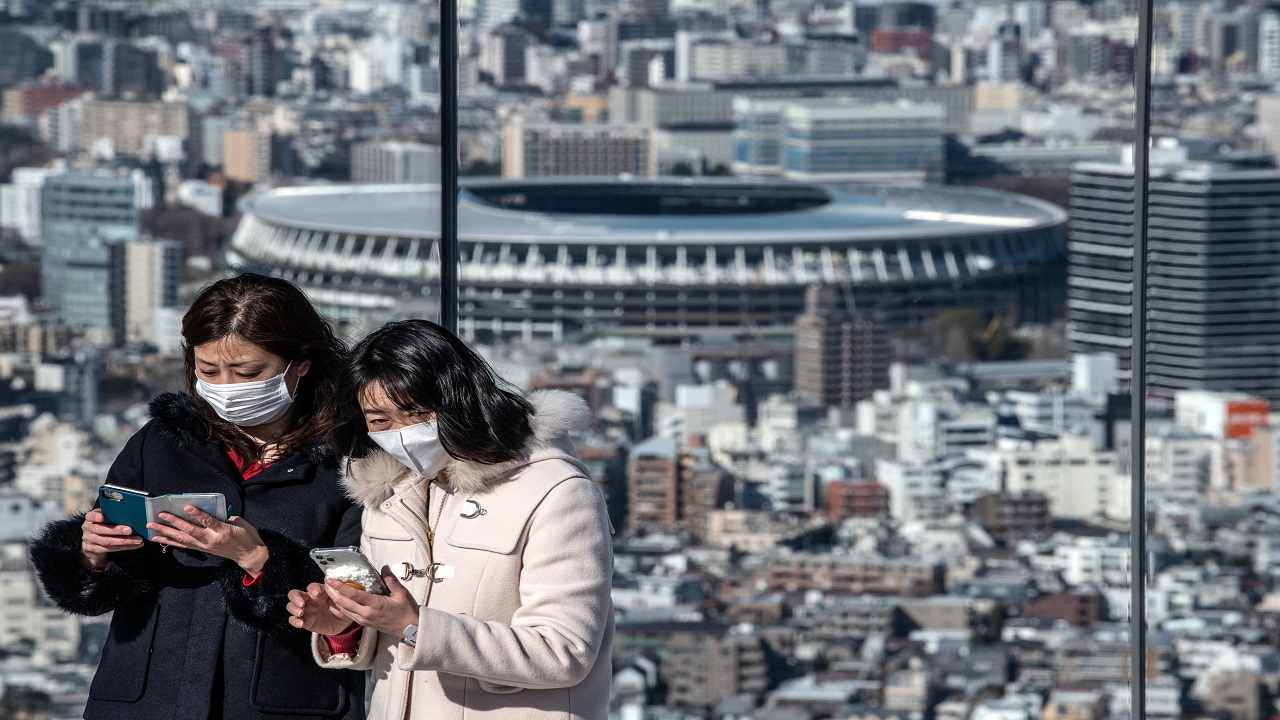 Most athletes welcomed the postponment of the Tokyo 2020 Olympics. (Image credit: Getty Images)

The doubles badminton pair of Chirag Shetty and Satwiksairaj Rankireddy, who were also set for their maiden appearance at the Games, echoed the majority sentiment. "At the moment it's the right decision to take," Shetty said. "It's sad but at the moment it is a sensible decision to take...there's disappointment obviously but well things are not really in your hand," he added.

Men's hockey coach Graham Reid said the team is gutted by the postponement but understands the gravity of the health crisis. "It is very disappointing that the Olympics will not go ahead in 2020, but given the unprecedented circumstances facing the world at present it is totally understandable and expected," Reid said. The view was shared by his counterpart with the Indian women's team, Sjoerd Marijne. "I just had a meeting with the team and broke this news to the group. Though it is disappointing, the girls told me, 'It's ok, Coach. We will continue to work the way we are and this probably gives us more time to prepare for the Olympic Games and be our best'," he said.

Archer Deepika Kumari, on the other hand, heaved a sigh of relief. "Like they say, 'Jaan hai toh jahaan hai (if there's life, then there's world). Firstly, I just pray that everything returns to normal and the world is safe from coronavirus soon. Not only me, all athletes are affected because of the pandemic. So we will just have to wait and watch and hope to sail through the phase," she said.

Rifle shooter Anjum Moudgil agreed. "...it was really required as no athlete is able to train all over the world...it's good that the Olympic is postponed and now we have proper time to train and prepare and plan," she said.

Veteran TT player A Sharath Kamal, who would have qualified for the Olympics men's doubles event along with G Sathiyan based on rankings, said given the scenario, there couldn't have been any other choice. "I think that's the best that can happen in this situation but as an athlete it's a bit hard as a lot of training has gone in preparation for the 2020 Olympics. Now the preparation has to carry on for another one more year," he said.