The Coronavirus Has Already Forced The Rescheduling Of A Swathe Of Sporting Events In Asia, Including Olympic Qualification Competitions For Boxing And Basketball -- Both In China While Formula One's Shanghai Grand Prix Has Been Postponed From Mid-April.

Prime Minister Shinzo Abe's government has come under fire for its handling of the infection, especially quarantine measures seen as too lax in the early stages of the epidemic. (Photo Credit: Getty Images)

Tokyo Olympic organisers stressed they are not considering scrapping the Games due to the coronavirus and blasted "irresponsible rumours" to the contrary. With only 162 days to go until the opening ceremony, concerns have been raised about Japan's hosting of the Games with the virus spreading throughout Asia. But Tokyo 2020 CEO Yoshiro Mori slapped down such concerns at a meeting with top International Olympic Committee officials. "With regards to the coronavirus... there are many irresponsible rumours but I would like to make it clear again that we are not considering postponing or cancelling the Games," he said. "We would like to coordinate with the national government and act in a calm manner," he stressed.

The virus has already forced the rescheduling of a swathe of sporting events in Asia, including Olympic qualification competitions for boxing and basketball -- both in China. Formula One's Shanghai Grand Prix has been postponed from mid-April, with the inaugural Vietnamese Grand Prix also under threat as well as the Hong Kong Sevens. Tokyo governor Yuriko Koike has promised to implement "thorough measures" to protect people from the coronavirus in the run-up to the Olympics.

Japan has not seen any deaths from COVID-19 but has 28 cases on its soil, with four in serious condition in hospital. Another 174 people, including a quarantine officer, have been infected on a cruise ship floating off the Japanese coast -- the outbreak's largest single cluster. Prime Minister Shinzo Abe's government has come under fire for its handling of the infection, especially quarantine measures seen as too lax in the early stages of the epidemic.

"These struggles in turn have sparked concerns about the forthcoming Tokyo Olympics, as Japan prepares for the arrival of millions of international visitors over the summer," said Tobias Harris from Teneo Consultancy. The mayor of the Olympic Village, Saburo Kawabuchi, told the meeting there was "still no clue as to when the virus will be resolved" and appeared to pin hopes on increased humidity to kill off the disease. "We have the rainy season that could defeat the virus," he said. 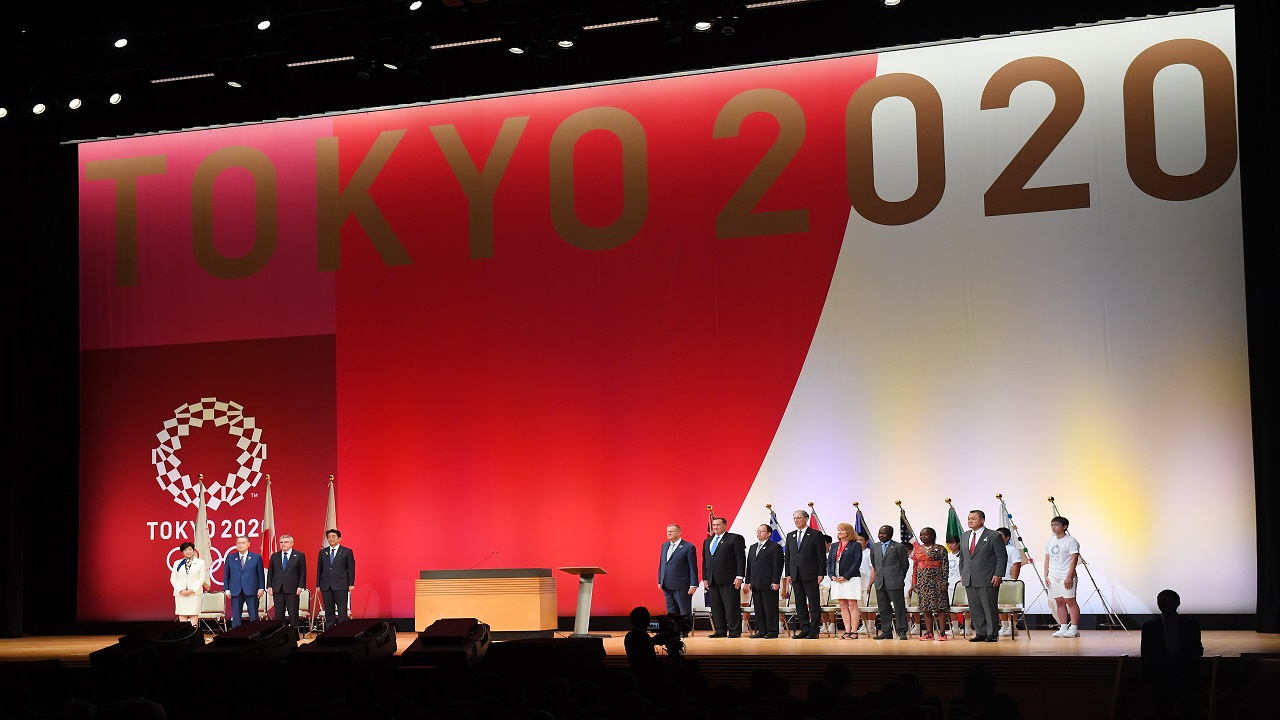 In China on Thursday, hard-hit Hubei province where the virus emerged announced 242 more deaths and nearly 15,000 extra patients as authorities changed their threshold for diagnosis. At least 1,355 people have now died nationwide and nearly 60,000 have been infected after Hubei's health commission reported the new numbers.

China has been forced to cancel or put off a host of sporting events due to the coronavirus epidemic, from suspending all football in the country to postponing the first badminton tournament of the 2020 world tour season. The world's most populous country has increasingly become a powerhouse in hosting international sport in recent years, but has had its sporting calendar thrown into chaos. Athletics' World Indoor Championships, scheduled for Nanjing in March 13-15, have been postponed for a year. The Chinese Formula E Grand Prix, due to take place in Sanya on the southern island of Hainan on March 21, was called off "after close consultation" with government authorities.