The Modern Olympics Dating From 1896 Have Only Been Cancelled During Wartime, And Faced Boycotts In 1976 In Montreal, In 1980 In Moscow And 1984 In Los Angeles, All In Pound's Memory. The Olympics In 1940 Were To Be In Tokyo, But Were Called Off Because Of Japan's War With China And World War II.

China on Tuesday reported 508 new cases and another 71 deaths, 68 of them in the central city of Wuhan, where the epidemic was first detected in December. (Photo Credit: Getty Images)

Dick Pound, the longest-serving member of the IOC, estimates there's a three-month window to decide the fate of the Tokyo Olympics, which are being threatened by the fast-spreading coronavirus from China. Pound, in an exclusive interview with The Associated Press, did not sound alarmist over the coronavirus. But he did speak frankly about the risks facing the Olympics, which open July 24. Pound has been an International Olympic Committee member since 1978, 13 years longer than current President Thomas Bach. "You could certainly go to two months out if you had to," Pound said, which would mean putting off a decision until late May and hoping the virus is under control.

"A lot of things have to start happening. You've got to start ramping up your security, your food, the Olympic Village, the hotels, The media folks will be in there building their studios." And if it got to the point of not going ahead, Pound speculated "you're probably looking at a cancellation. This is the new war and you have to face it. In and around that time, I'd say folks are going to have to ask: 'Is this under sufficient control that we can be confident about going to Tokyo, or not?'"

China on Tuesday reported 508 new cases and another 71 deaths, 68 of them in the central city of Wuhan, where the epidemic was first detected in December. The updates bring mainland China's totals to 77,658 cases and 2,663 deaths. South Korea now has the second-most cases in the world with 977, including 10 deaths. Clusters of the illness are now appearing in the Middle East and Europe. This could signal a new stage in the spread of the virus with four deaths reported in Japan.

Pound encouraged athletes to keep training. About 11,000 are expected for the Olympics, and another 4,400 for the Paralympics, which open on Aug. 25. "As far as we all know you're going to be in Tokyo," Pound said. "All indications are at this stage that it will be business as usual. So keep focused on your sport and be sure that the IOC is not going to send you into a pandemic situation." The modern Olympics dating from 1896 have only been cancelled during wartime, and faced boycotts in 1976 in Montreal, in 1980 in Moscow and 1984 in Los Angeles, all in Pound's memory. The Olympics in 1940 were to be in Tokyo, but were called off because of Japan's war with China and World War II. 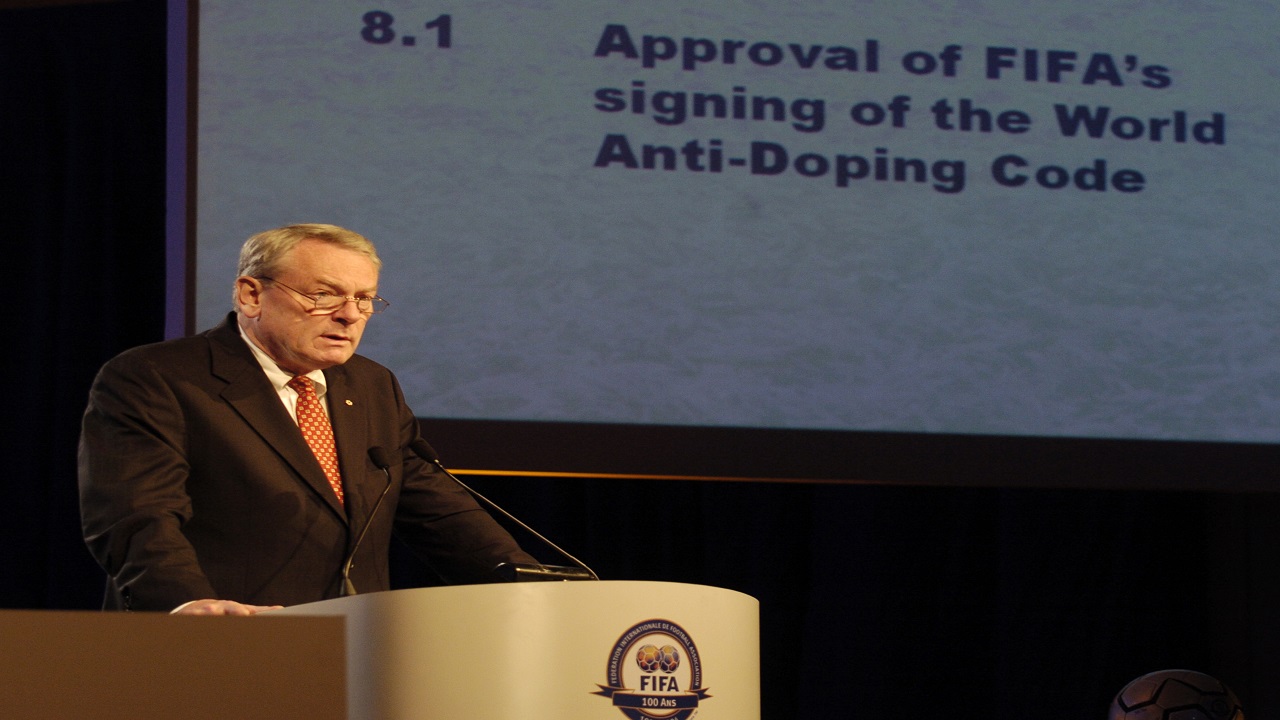 Pound called uncertainty a major problem and repeated the IOC's stance that it's depending on consultations with the World Health Organization, a United Nations body, to make any move. So far, the games are on. "It's a big, big, big decision and you just can't take it until you have reliable facts on which to base it," Pound said. He said whatever advice the IOC is now getting, "it doesn't call for cancellation or postponement of the Olympics. You just don't postpone something on the size and scale of the Olympics. There's so many moving parts, so many countries and different seasons, and competitive seasons, and television seasons. You can't just say, we'll do it in October."

Moving To Another City

Unlikely If changes have to be made, Pound said every option faced obstacles. Pound said moving to another city seemed unlikely. "To move the place is difficult because there are few places in the world that could think of gearing up facilities in that short time to put something on," Pound said. London mayoral candidate Shaun Bailey has suggested the British capital as an alternative.

Tokyo Gov. Yuriko Koike suggested that was an inappropriate offer, using the virus as political campaign fodder. Pound said he would not favor a dispersal of events over various venues because that wouldn't "constitute an Olympic Games. You'd end up with a series of world championships." He said it would be very difficult to spread around all these sports in a 17-day period with only a few month's notice.

Staying in Tokyo but moving it back a few months would be unlikely to satisfy North American broadcasters, whose schedules are full in the fall with American football, college football, European soccer, basketball, baseball, and ice hockey. Of course, other world broadcasters also have jammed schedules.

"It would be tough to get the kind of blanket coverage that people expect around the Olympic Games," Pound said. "It's certainly tougher than it would have been in 1964 in Tokyo when you didn't have the saturation sports schedule on television. How about delaying for a year, but staying in Tokyo? Japan is officially spending USD 12.6 billion to organize the Olympics, although a national audit board says the country is spending twice that much. Then you have to ask if you can hold the bubble together for an extra year. Then of course you have to fit all of this into the entire international sports schedule."

Pound said the IOC has been building up an "emergency fund" for such circumstances, reported to be about USD 1 billion. That could fund international sports federations who depend on income from the IOC to operate and the IOC itself. "This would be what you normally call a force majeure," said Pound, a Canadian lawyer by training, using the legal phrase for "unforeseeable circumstances. It's not an insurable risk and it's not one that can be attributed to one or the other of the parties. So everybody takes their lumps. There would be a lack of revenue on the Olympic Movement side."