While The Tokyo Olympics, The Euros, Tennis And Golf Majors And The Giro D'Italia Have Already Been Postponed Or Even Cancelled, The Tour De France Cycling Event Is Still Scheduled To Start On June 27.

The situation across Europe suggests that a postponement of the Tour de France cycling tournament is increasingly likely. (Photo Credit: Getty Images)

For the Tour de France, one of the last of the summer's major sports events still standing in the face of the coronavirus pandemic, the stop-watch is ticking. While the Tokyo Olympics, the Euros, tennis and golf majors and the Giro d'Italia have already been postponed or even cancelled, the Tour is still scheduled to start on June 27. Christian Prudhomme, the Tour director, made clear that before the race he wants "two months of exposure for the riders." That means training rides and races and with most prospective competitors confined, the chances of their getting back on the road by late April look slim.

The race also needs France to end its lockdown, not just so the riders can ride but because the Tour attracts 10 to 12 million spectators who stand by the roads to watch. Last week, when he announced the postponement of the Dauphine, an eight-day Tour warm-up stage race in the southeast of France due to start on May 31, Prudhomme said: "The most important word in Tour de France is France, and health concerns come first."

The situation across Europe suggests that a postponement is increasingly likely. Prudhomme is not prepared to discuss alternative plans in public, but he told AFP last week: "As of today, the dates of the Tour de France are maintained. But it would be a lie to say that we are not studying other hypotheses."

Behind the scenes, AFP has learned, the organisers have sounded out cycling teams as well as French politicians and broadcasters about a postponement to August. Sports Minister Roxana Maracineanu talked of banning spectators. But the idea seems to have died. The Tour is fuelled by its fans and it would be hard to prevent people coming out of their houses when the race passes by. Welshman Geraint Thomas, the winner in 2018, and Julian Alaphilippe, France's hero of the 2019 Tour after wearing the leader's jersey for 14 days, used almost identical words. 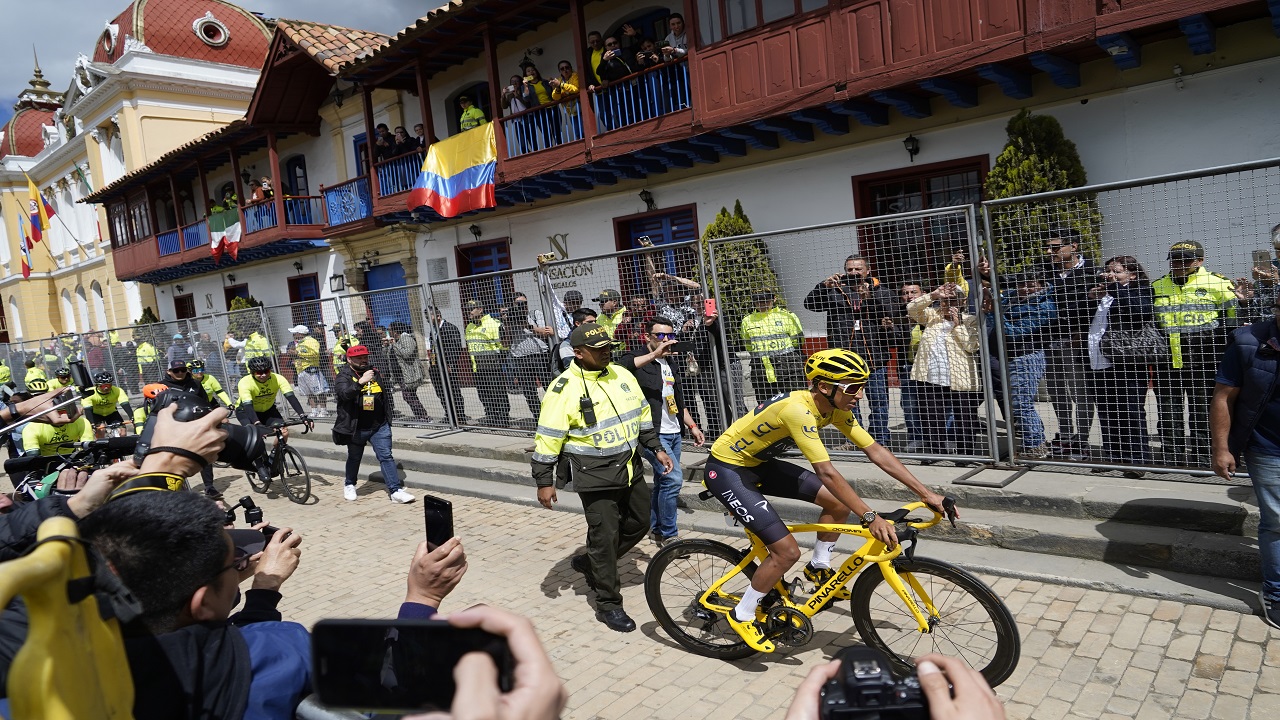 The organisers have sounded out cycling teams as well as French politicians and broadcasters about a postponement to August. (Image credit: Getty Images)

"Without the fans, it wouldn't be the Tour de France," was how Thomas put it. Many politicians from towns along the route have echoed the sentiment. The Tour is a festive and symbolic event. Raphael Geminiani, who raced the Tour in 1947, said if the Tour went ahead it could bring France back to life. "This period of confinement will hurt our morale for some time. We will need a cure and a Tour de France would help give us a sense of stability," the 94-year-old told French sports daily L'Equipe.

For the sport, the Tour is a priority both financially and for the visibility it offers. "The Tour represents around 60 per cent of earnings in a season," French team AG2R boss Vincent Lavenu said. Some are even prepared to contemplate the worst. Bernard Hinault, a five-time winner of the event, told an affiliate of Radio France: "250 races around the world have been cancelled. So why not the Tour de France?" The fallout would be international. "Without the Tour de France, cycling would have a very big problem," Ralph Denk, boss of the German Bora team, told German daily Die Welt.

Patrick Lefevere, the head of the Deceuninck team, faced with the reduction in investment from his main sponsor, agreed. "If the Tour were not to be raced, it would be a hard blow that (Tour organisers) ASO could probably absorb, but not the teams," he told Belgian newspaper Het Nieuwsblad. "It could bring down the whole model on which our sport is built."