Vinesh Phogat Was One Of India's Biggest Medal Hopes At The Rio Olympics And She Was Preparing In Earnest For Tokyo Olympics 2020 Too, Having Qualified For The Games After Finishing On The Podium At Last Year's World Championships

Vinesh Phogat has said the extended wait is going to be tougher than competing at the Tokyo 2020 Olympic Games. (Photo Credit: Getty Images)

India's medal hopeful Vinesh Phogat on Wednesday said the postponement of the Tokyo Olympics was her "worst fear" and the extended wait is going to be tougher than competing at the Games. In an unprecedented move, the 2020 Tokyo Games was on Tuesday pushed to next year due to COVID-19 pandemic that is wreaked havoc on the world. Star wrestler Vinesh was "deeply disappointed" when she learned of the postponement. "This was every athlete's worst fear and it has come true. Everybody knows that competing at the Tokyo Olympics is the toughest test for an athlete but I believe waiting for an opportunity to be on that stage is tougher," she said in statement on Twitter. "I don't really know what to say right now but inside me there is a roller-coaster of emotions," the 25-year-old added.

She was one of India's biggest medal hopes at the Rio Olympics before a freak injury cut short her Games during an earlier round. And she was preparing in earnest for Tokyo too, having qualified for the Games after finishing on the podium at last year's world championships. "This is a very crucial time for the world and the greater sporting fraternity.

Though I am very deeply disappointed, it is more important than ever to see the silver lining in this dark cloud." The International Olympic Committee (IOC) had faced growing calls to postpone the Games, with 1.7 billion people across the world in lockdown to prevent the further spread of COVID-19. The decision to postpone the quadrennial extravaganza was welcomed by sportspersons and federations officials alike. 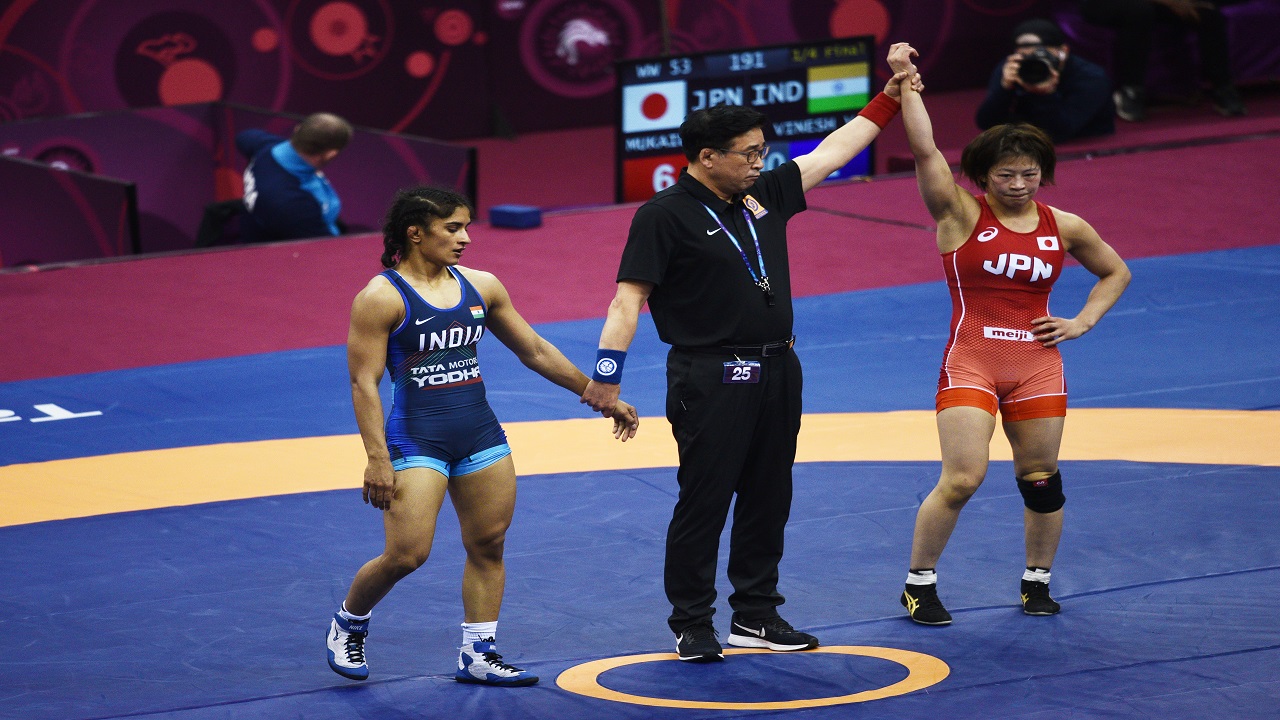 Vinesh said, "Now is the time for all of us to be stronger than ever, keep fighting these extraordinary circumstances and believe with all our might that we will overcome this challenge. "We need to summon all our reserves of determination, refocus, and work towrads our goals." The pandemic has so far claimed over 20000 lives across the world while infecting over 425000 people.

The Indian wrestler added, "While there is more to this chapter, a new story is already being written, but we will overcome. "We are all together in this, one world, one goal. This is that unique chance to do something for your family, your community, your country, and our world."