Viswanathan Anand, The Five-time World Chess Champion Who Is Currently Stranded In Germany Due To The Coronavirus, Has Said India's Response To The Pandemic Has Been Good And Has Said The Public Must Practice Isolation In Order To Stop The Spread.

Viswanathan Anand had a commentary stint in Chess for the first time and he said it was an enjoyable experience with the level of competition in the Candidates really good. (Photo Credit: Getty Images)

The coronavirus pandemic has stalled all sporting activity in the world but it has also impacted Viswanathan Anand, the five-time world chess champion. Viswanathan Anand was expected to return to Chennai after completing his stint in the Bundesliga chess league in Frankfurt in mid-March but the coronavirus pandemic has forced him to stay back in Germany due to the travel restrictions imposed in the wake of the virus. With India also announcing a total lockdown and with all international and domestic flights in the country suspended till mid-April, Viswanathan Anand's return back to the country is uncertain.

With the Candidates Chess tournament also postponed with Russia stopping air travel on March 27, it is interesting to see how Anand will spend time with his commentary stint ending abruptly. Speaking to The Hindu newspaper, Anand said when compared to the rest of the world, India's response to the coronavirus pandemic has been good and he highlighted how the situation in Germany is. 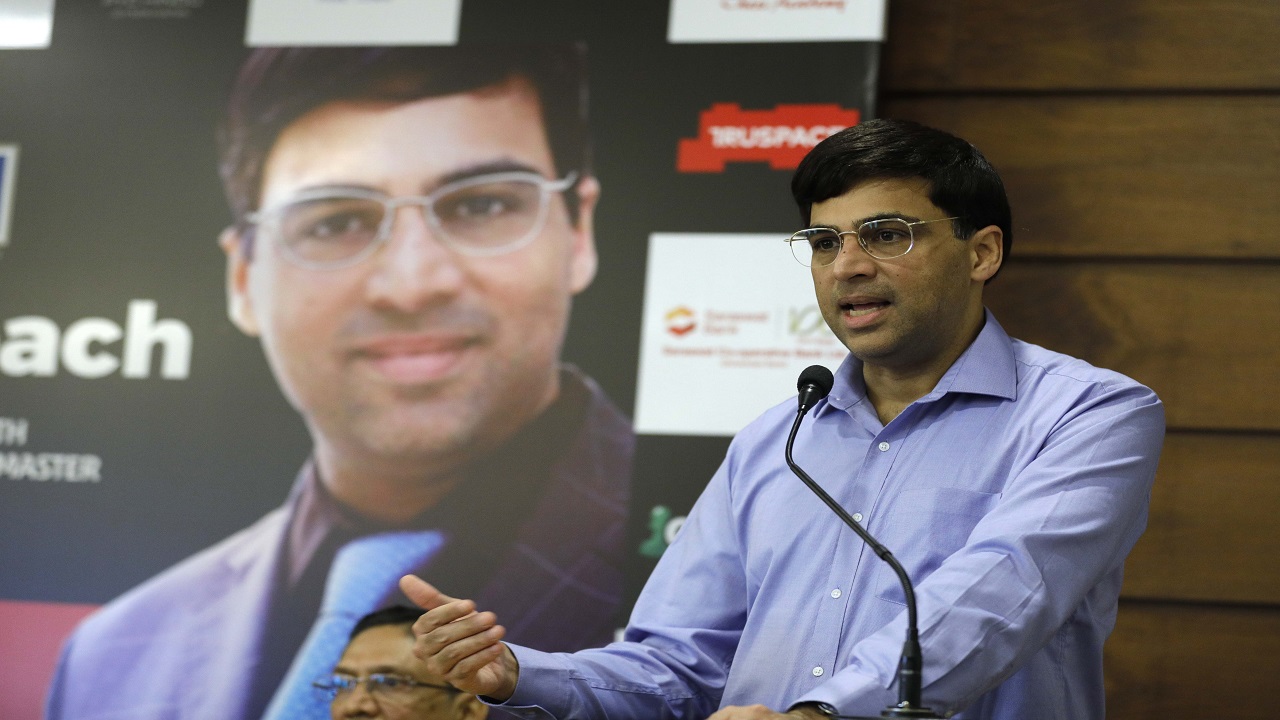 Viswanathan Anand was stuck in Germany while he was playing the Bundesliga Chess League. (Image credit: Getty Images)

"I think India has responded well. Clearly social distancing and lockdowns are the norm everywhere. Most countries are doing it. But we should understand that given the size of our country, this is necessary even though at the moment we don’t really know how bad the situation is or might be. I feel the Indians have taken this generally well. In Germany, everyone more or less maintains a certain social distance. You know, when you walk on street, if somebody comes across, you step aside so that you are at least a metre away. I feel they are dealing with the worst of infections now, at least statistics suggest that. They are holding up well. I have not seen anyone complain." Anand, who was doing commentary for the Candidates tournament from his location in Frankfurt, also said that holding the event in the backdrop of the coronavirus pandemic, was in hindsight a bad decision. "It looks questionable. But when they decided to go ahead with it, everything wasn't as clear as it is now. I feel globally the consensus on stopping everything and focusing on virus became evident only a week before the Candidates started," Anand told The Hindu.

This was the first time that Anand had a commentary stint in Chess and he said it was an enjoyable experience with the level of competition in the Candidates really good. "I tried to approach like a chess fan and not as a former participant myself. I wanted to try and enjoy watching the experience of the strong players competing for the right to play in the World championship. There have been very few games that were decided by crass blunders. There have been lots of interesting, original ideas. And it was gripping stuff to watch. I think, in a way, it is curious that the participant who came late, Maxime Vachier-Lagrave, is actually leading the tournament," Anand said.

When asked how he was coping with the social distancing in Germany and what his routine was in the wake of his commentary stint ending with the postponement of the Candidates tournament, Anand said, "I block some time during the day for exercise. Before it gets too late in India, I check up on my wife Aruna and son Akhil through phone or video calls."