Nick Kyrgios Won A Bad-tempered Match With Rafael Nadal In Mexico, Hitting Underarm Serves And Complaining About His Slow Play -- Prompting The Spaniard To Complain That He Lacks Respect

Australia's Nick Kyrgios said he had "respect" for Rafael Nadal despite their personal differences after he set up a last-16 match with the top seed at the Australian Open on Saturday. Kyrgios played down disagreements with the world number one -- against whom he has a 2-1 record on hard courts -- after some barbed exchanges between the two. "Regardless, if we don't like each other or whatever, I think there's a layer of respect," Kyrgios said after his five-set thriller with Russia's Karen Khachanov.

"He's one of the greatest of all time. I also read that he thinks I'm good for the sport. There's a layer of respect that we both have for each other. Doesn't necessarily mean we like each other, but we're going to go out there and give contrasting styles and personalities."

Last year Kyrgios won a bad-tempered match with Nadal in Mexico, hitting underarm serves and complaining about his slow play -- prompting the Spaniard to complain that he "lacks respect". The 24-year-old later told an interviewer that Nadal was "super salty", and he mimicked his signature serving routine when warned for slow play during his round-two win over Gilles Simon. However, Kyrgios, who lost to Nadal in four sets in round two last year at Wimbledon, said both players were aware of each other's qualities. 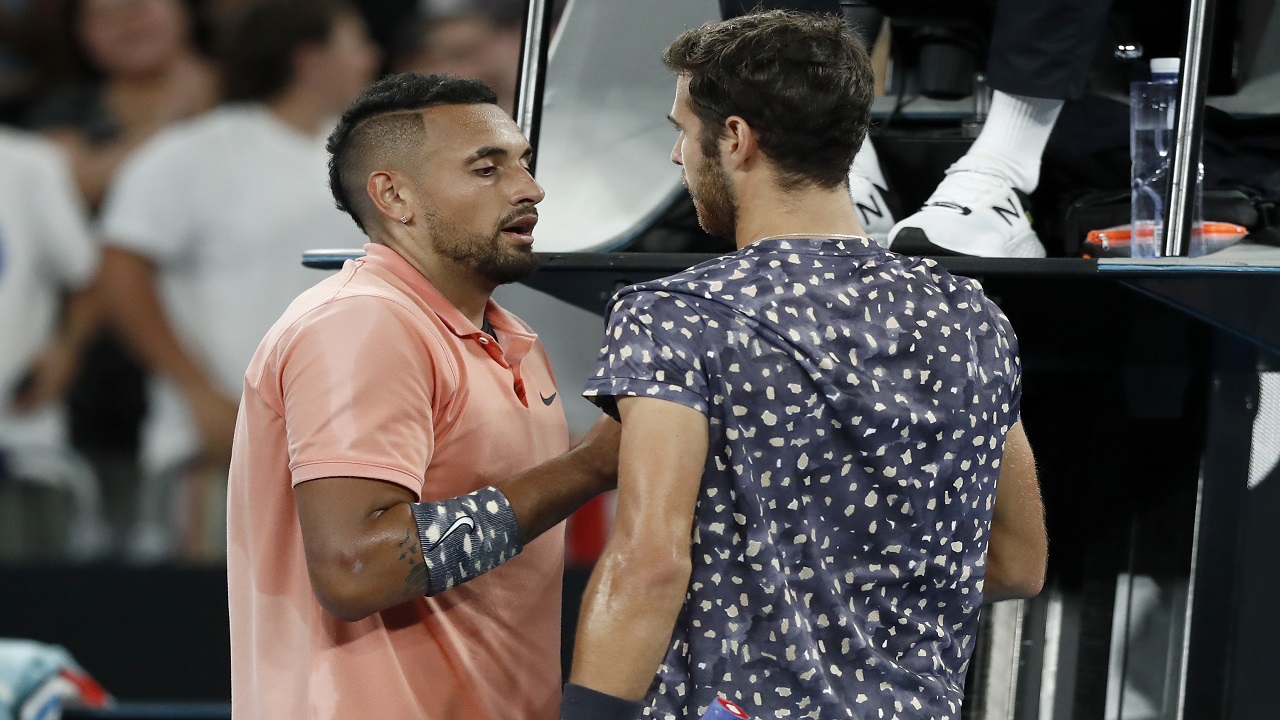 Nick Kyrgios was involved in the longest match of his career which was four hours and 26 minutes. (Image credit: Getty Images)

"At the end of the day, we're two different tennis players. We go about it completely different," he said. "After Wimbledon, I lost, I got beaten by the better player. I shook his hand, looked him in the eye, and said, 'Too good'." Nadal earlier gave a cool response when asked whether he liked Kyrgios. "When he does stuff that in my opinion is not good, I don't like. When he plays good tennis and he shows passion for this game, he is a positive player for our tour. When he's ready to play his best tennis and play with passion, is one of these guys. When he's doing the other stuff, of course I don't like," Nadal said.

Also Read | Rafael Nadal, Simona Halep Progress To Next Round In Australian Open