Novak Djokovic Is On Course To Win The Australian Open For A Record Eight Time After Defeating Roger Federer In The Semi-final.

Novak Djokovic thrashed Roger Federer 7-6 (1), 6-4, 6-3 to enter the Australian Open final where he will be bidding for his eight title. (Photo Credit: Getty Images)

Roger Federer had arrived at the Rod Laver Arena on a mission. He had just scrapped over the line against Tennys Sandgren in the quarterfinal after saving seven match points. In the semi-final against world number two Novak Djokovic, he raced away to a 4-1 lead. It seemed Federer would be buoyed by his success against the Serb during th year-ending ATP Finals. However, during the course of his match against Sandgren, he had suffered an injury and this seemed to hinder him. Djokovic pounced on the opening and got it back on level terms. Djokovic took the first set to the tie-break and won it comprehensively. He stormed through the next two sets and won the semi-final 7-6 (1), 6-4, 6-3 to win a one-sided contest and storm into the Australian Open final where he would be bidding to win the title for a record eighth time and break the record of seven set by Ross Emerson.

At the Rod Laver Arena, there would be no heroic repeat of the epic Wimbledon final which saw both players push the limits of possibility and reach the super tie-breaker stage in the final set. Federer was thwarted in winning his ninth Wimbledon title and in Melbourne, his dream of extending his Grand Slam number to over 20 was brutally crushed by Djokovic who was on top of his game. Djokovic will now meet the winner of Dominic Thiem and Alexander Zverev in the final. In the final, it will indeed be a clash of the old guard vs the new blood. 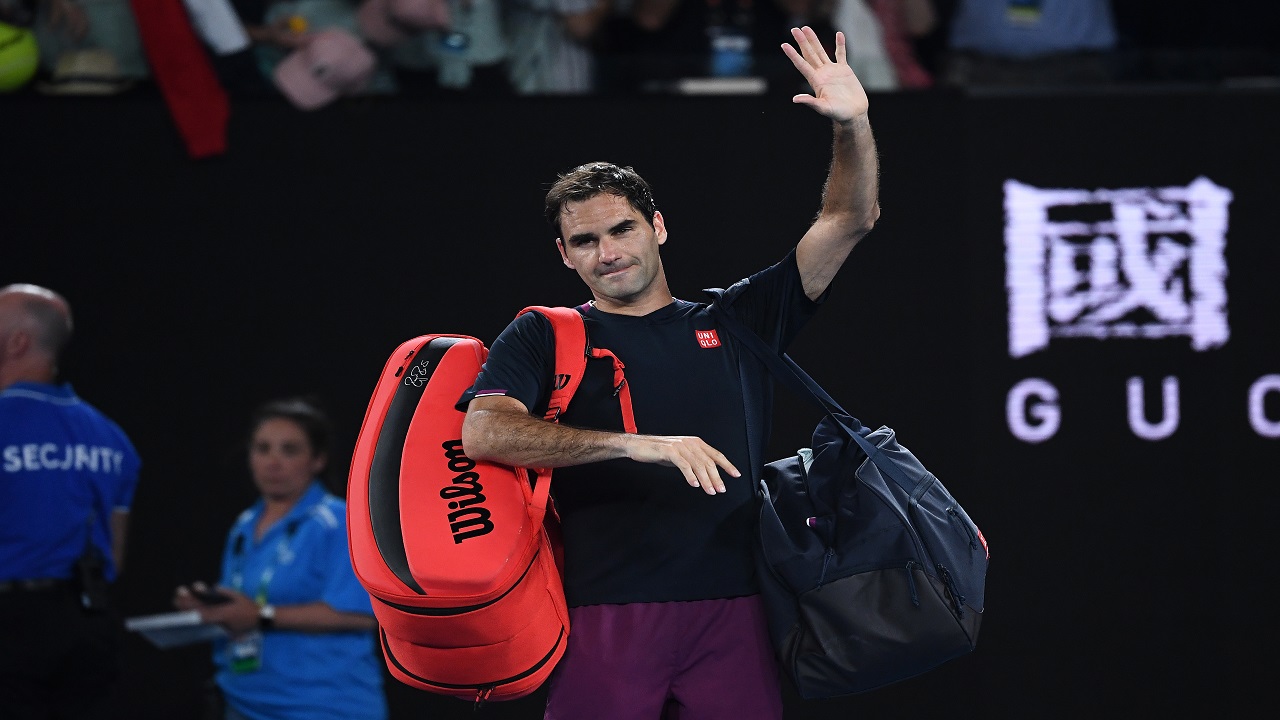 Federer was in fine form at the start of the match as he broke Djokovic twice to race away to a 4-1 lead. However, the Serb came right back and played his own style of attacking tennis as he levelled the match in dramatic circumstances. Down 0-40, he managed to hold his serve but at 2-5, the advantage was still with Federer. However, while serving for the set, Federer was broken but he somehow managed to hold his serve from two breaks down to force the first set into a tie-breaker. Djokovic raised his game and played flawless tennis to win the tie-break 7-1.

Having committed 19 unforced errors in the first set, Djokovic was clearly riding the wave. Both players held serve at 4-4 but Djokovic seized upon the opportunity and broke Federer to clinch the second set as the game slipped away dramatically from the Swiss Maestro. During the third set, Djokovic again broke Federer in the sixth game and stormed away into a 4-2 lead. There would be no heroics from Federer and Djokovic consolidated his hold.

Federer's injury continued to bog him down and he lost the match when Djokovic closed the game in style. After the match, Djokovic hailed Federer for the way he played despite the injury. "Roger was obviously hurt and credit to him for coming out and playing so well. At the start I was looking more at what he was doing than what I was doing but I managed to dig myself back into it. It was very important to do that," Djokovic said.