Novak Djokovic Can End His Season With A Flourish By Equalling Roger Federer's Record Haul Of Six Titles At The ATP Finals And Pipping Rafael Nadal To The Year-end Number One Spot.

Novak Djokovic can end his season with a flourish by equalling Roger Federer's record haul of six titles at the ATP Finals and pipping Rafael Nadal to the year-end number one spot. Germany's Alexander Zverev shocked Djokovic in last year's final at London's O2 Arena but the Serbian will start as the firm favourite after cantering to victory at last week's Paris Masters. Djokovic and Nadal have shared the spoils at this year's four Grand Slams, refusing to yield to the next generation. Nadal, who has never won the ATP Finals, dethroned his old rival from the top of the rankings this week and will be hoping to seal the year-end spot despite injury doubts ahead of the tournament, which starts on Sunday.

Federer, Nadal and Djokovic were the top three seeds when they first competed together at the tournament way back in 2007. Twelve years later little has changed at the top of men's tennis, although they will be wary of the challenge from Russia's Daniil Medvedev, who has won two Masters titles since August and pushed Nadal to five sets in the US Open final. Austria's Dominic Thiem, Stefanos Tsitsipas of Greece, Germany's Zverev and Italian Matteo Berrettini make up the rest of the field of eight players. Nadal is bidding to clinch the year-end number one spot in the ATP rankings for a fifth time -- he is currently 640 points ahead of Djokovic -- but comes into the tournament under a cloud.

The Spaniard said this week that he had a scan in Mallorca after straining an abdominal muscle and would work on adapting his serve but he remained bullish about featuring at the ATP Finals after missing out last year with an injury.

"The idea is to be able to play the #atpfinals in London," tweeted Nadal, who has often been blighted by late-season injuries. Nadal's opponents in the Andre Agassi group are Medvedev, Tsitsipas and Zverev while Djokovic will be up against Federer, Thiem and Berrettini in the Bjorn Borg group. Djokovic won four titles in a row from 2012 to 2015 but has been beaten in the final in two of the past three years. 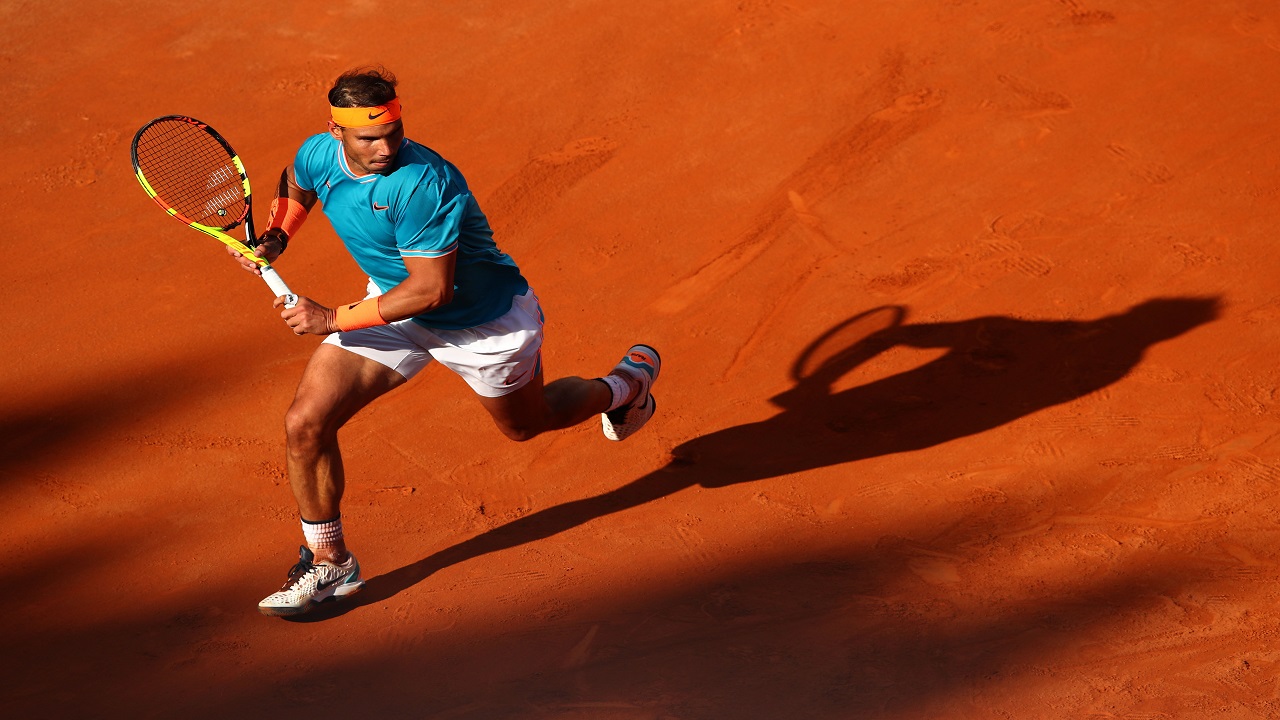 Rafael Nadal had a scan in Mallorca after straining an abdominal muscle but he remained bullish about featuring at the ATP Finals after missing out last year with an injury. (Image credit: Getty Images)

Speaking after his Paris Masters win about his chances of claiming a record-equalling sixth year-end number one finish, Djokovic said: "There's always a chance that I win all my matches in London, that I play well. I have done it in the past, and I like playing there. But it's (an) extremely difficult task, considering who my opponents are going to be. You're playing a top-10 player every single match."

The Serbian will face Federer for the 49th time in a keenly anticipated group game that will be repeat of the Wimbledon final, which Djokovic won in five sets. Federer, who has not won the ATP Finals since 2011, pulled out of the Paris Masters to "pace" himself after winning a 10th title in Basel last month. Aside from the old guard, Medvedev, 23, has climbed to number four in the world rankings and has become the poster boy for the new generation of players, ahead of Tsitsipas and Zverev, whom he beat in the recent Shanghai Masters final. The season-ending event in London, featuring the year's best eight players, is contested in a round-robin format with the best four players and doubles teams reaching the knockout semi-finals stage.