Novak Djokovic Extended His Australian Open Titles As He Registered His Eighth Title With A Superb Win Over Austria's Dominic Thiem In The Final In Melbourne On Sunday.

Novak Djokovic created history at the Rod Laver Arena on Sunday as he overcame a spirited performance from Austria's Dominic Thiem in an epic five-set match on Sunday. After winning the first set, Thiem bounced back in grand style and won the next two sets to give himself a chance to win a maiden Grand Slam title. However, the experience of Djokovic came through and he held his nerve to win the fourth set and his calmness took him through to the fifth set. Djokovic registered a thrilling 6-4,4-6,2-6,6-3,6-4 win over Thiem to win the Australian Open for a record eighth time and also register his 17th Grand Slam title to put him three behind Roger Federer's tally of 20 Grand Slams and two behind Rafael Nadal's 19 Slam wins.

Heading into the match, Djokovic was 6-4 in their career head-to-heads, but Thiem won four of the last five. Three of those were on his favoured clay, but he also came from a set down to beat the Serb on hardcourts at the ATP Finals in November. Djokovic is the first to admit that the slick 26-year-old has successfully refined his game over the past 12 months to compete on all surfaces. And he acknowledges it is just a matter of time before Thiem wins a Slam. "I don't think he's really anymore 'next generation'. He's been around for many years. Now already he's an established top-five, top-10 player," said Djokovic. "It's just a matter of one match here and there that can potentially give him a Grand Slam title, that he can actually get in the mix of top three in the world," he added.

On Top Form In Australia

Despite the platitudes, Djokovic, 32, is banking on adding yet another chapter to his storied Melbourne Park career, and heads into the match with an extra day's rest after dispatching an injured Roger Federer in his semi-final on Thursday. The world number two has been firing ever since arriving in Australia a month ago, and was unbeaten over six ATP Cup singles matches as he led Serbia to the inaugural title ahead of the Australian Open. 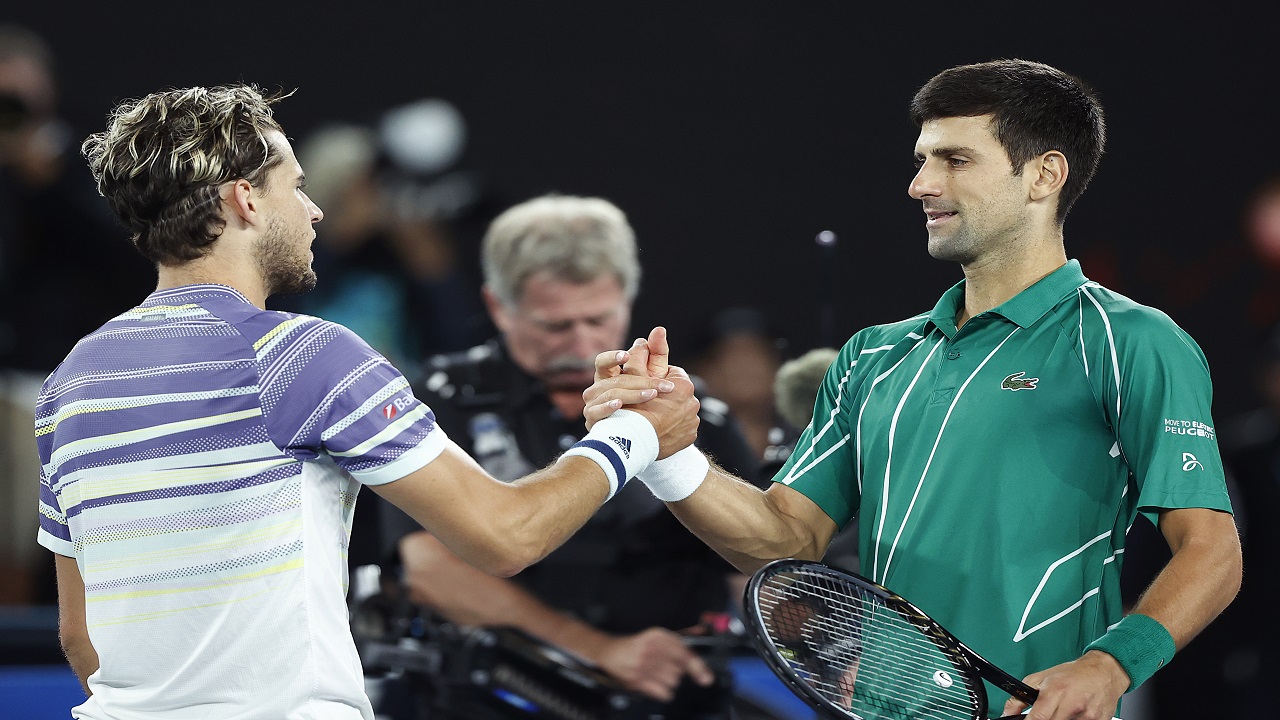 "Yes, I'm pleased with the way I've been feeling and playing. I thought ATP Cup went really well for me, got a lot of hours spent on the court, singles and doubles," said the 16-time Grand Slam winner. "Obviously got a lot of positive energy from that competition. I dropped only one set so far up to the finals. Hopefully I'll be able to perform as well as I always have in the Australian Open finals."

While the slower clay has always been his preferred surface, beating Federer in the Indian Wells final last year was a turning point for the Austrian on hardcourts. "That victory gave me so much relief and so much confidence because finally I got my first Masters 1000 title on hardcourt," he said. "I made this huge step forward. I really developed my game I think in the right direction."