Simona Halep sent out a warning at the Australian Open on Wednesday, powering into the semi-finals in 53 minutes with a 6-1, 6-1 destruction of Estonia's Anett Kontaveit. The red-hot fourth seed meets either former world number one Garbine Muguruza or Russian 30th seed Anastasia Pavlyuchenkova in the last four in Melbourne. The 28-year-old Halep, the only quarter-finalist not to drop a set, is bidding to add the Australian Open title to her 2018 French Open crown and last year's Wimbledon triumph. "I felt great today on court. I was feeling my game, I felt strong on my legs," said Halep. "I know how to play against her so I was just focused on every point I played."

The Romanian lost the 2018 final in Melbourne to Caroline Wozniacki, but said: "That match wasn't negative at all. I couldn't finish (win) the match, maybe I was nervous. "But now I have more experience. That match helped me win the two Grand Slams that I have already, and maybe it will help me get the third one."

Halep wasted no time asserting her authority over 28th seed Kontaveit, who was contesting her first Grand Slam quarter-final. Halep broke the 24-year-old in the third game of the first set, then again in the fifth game. Spectators at Rod Laver Arena had barely had time to settle into their seats. The former world number one sealed a one-sided first set in 29 minutes with a rocket of a forehand that the overwhelmed Estonian had no chance of retrieving.

Kontaveit had failed to win a set against Halep in two previous meetings, and this was to be no different. Halep broke again at the start of the second set and wrapped up a dominant victory in style, sending down an ace. On Thursday, in the other semi-final, top seed Ashleigh Barty faces American 14th seed Sofia Kenin. World number Barty has won four of their five previous matches.

World number one Rafael Nadal takes on Dominic Thiem on Wednesday as he looks for a record-equalling 20th Grand Slam title at the Australian Open. Nadal has never lost to Thiem at Major tournaments, beating him in the last two French Open finals, but he's taking nothing for granted against the Austrian fifth seed. 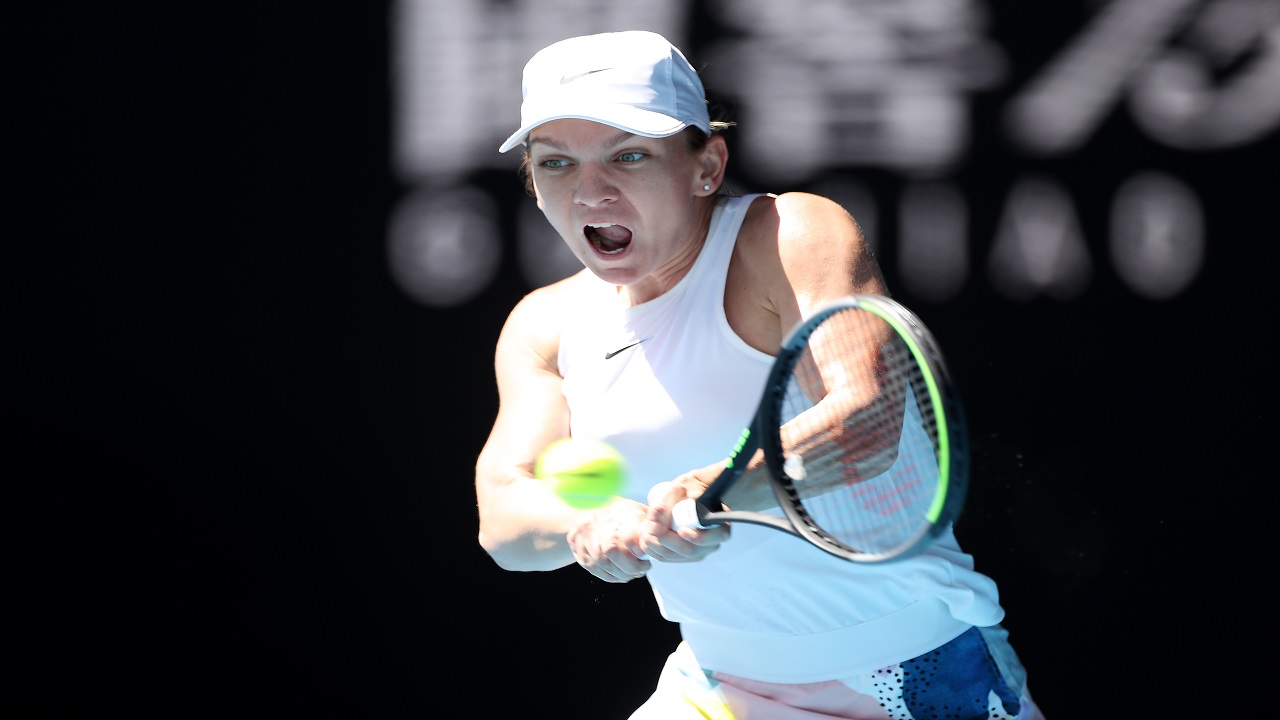 "We know each other well. He's a player that I like a lot, the way that he works, the way that he plays, and the way that he tries his best always," Nadal said. "It is a match that's going to be a tough one, but will be interesting. I know I have to be at my best to have chances."

Nadal and Thiem are playing for a semi-final against Alexander Zverev or Stan Wawrinka, who won the Australian title in 2014 -- the only player outside the Big Three to do so since 2006. Now ranked 15, the three-time Grand Slam winner said he's playing his best tennis since knee surgery in 2017, with the passion to win another big event still burning bright at 34. "I've been feeling great on the court, on the practice court, putting a lot of work in physically and tennis-wise," said Wawrinka, who will have to overturn a 0-2 record against seventh seed Zverev. "Zverev, he's been in the top 10, top five since few years now. It's going to be a difficult match, for sure."