Roger Federer Believes Five-set Thrillers Like His Epic Against John Millman At The Australian Open Are Also A Key Reason Why He Is Still Playing At The Age Of 38.

Roger Federer was beaten by John Millman in four tight sets in the round of 16 at the US Open in 2018. (Photo Credit: Getty Images)

Roger Federer lives to win titles, but five-set thrillers like his epic against John Millman at the Australian Open are also a key reason why he is still playing aged 38. The Swiss master looked out for the count at 4-8 down in a nailbiting fifth-set super tiebreaker against the gutsy Australian, but somehow found a way back to clinch the third-round clash 4-6, 7-6 (7/2), 6-4, 4-6, 7-6 (10/8). Federer admitted it was "extremely difficult" and he went through the full gamut of emotions. But that is how he likes it. He said the electric atmosphere on Rod Laver Arena and the thrill of a match that stretched for more than four hours was part of why he continues to play.

"Yeah, no doubt," said the 20-time Grand Slam winner. "I mean, in the moment itself, it's very gruelling and, at times, very disappointing when you are in situations where you get broken in the fifth or you're down in the super breaker and lose the first set. That's when you really start wondering, why couldn't I close this match earlier and all these things? Then all of a sudden you turn the whole thing around within, like, two minutes and it was so worthwhile, everything that I have gone through."

After 22 years of Grand Slam tennis, he said his motivation remained strong "because of winning titles, trying to win as many matches as possible, enjoy myself out on court". But also being in epic matches like this," he added. "It doesn't always have to be finals. As long as the crowds are into it, you have a great battle with an opponent who you really admire and respect, it's a good feeling. I'm happy I had that match. I hope I would feel the same way also if I would have lost, to be honest." 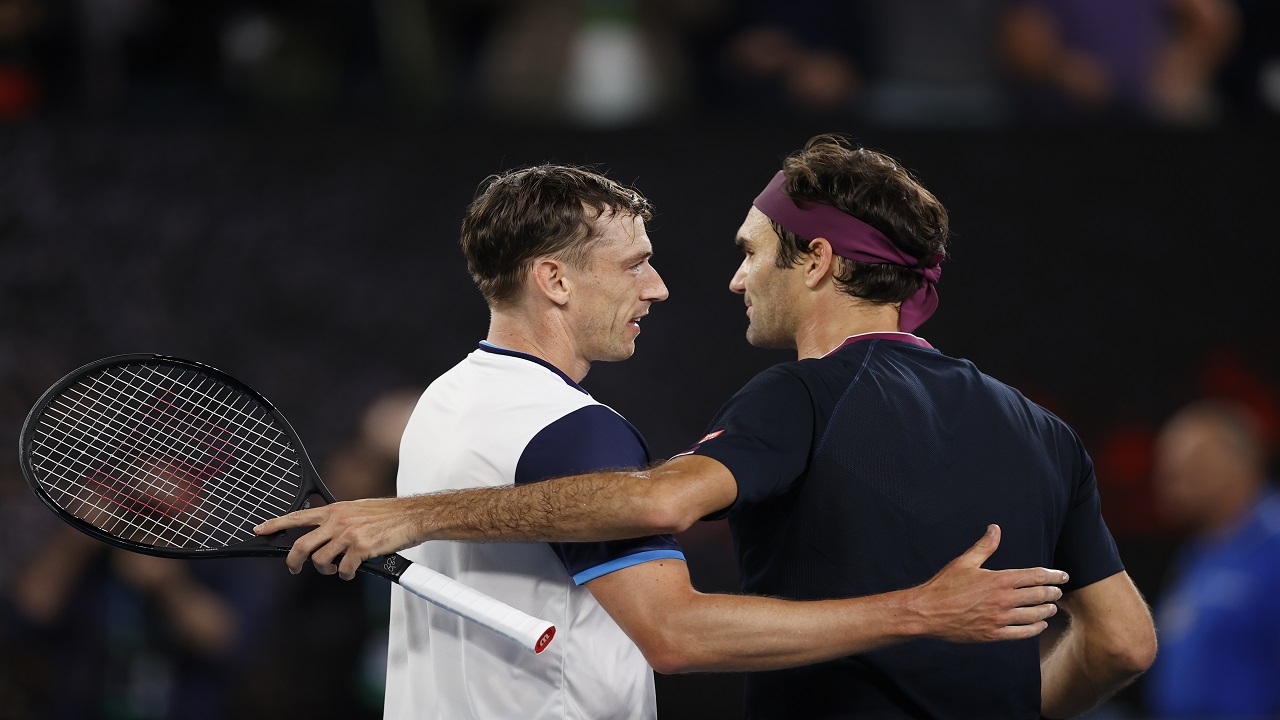 Federer had played 53 five-setters in his storied career before meeting Millman, winning 30 and losing 23, but few could match the intensity of the battle on Friday evening. Millman is one of the fittest players on tour and memorably beat Federer over four tight sets in the round of 16 at the US Open in 2018.

"That's why I mumbled something to him at the net just saying, 'I have so much respect for you, and it's such a pity, I'm so sorry, but well played'," said the Swiss star. Federer next faces unseeded Hungarian Marton Fucsovics as he guns for a place in his 15th Australian Open quarter-final.