Roger Federer, The 20-time Grand Slam Champion, Said A Lack Of Information Made Matters Worse For Players Who Were Forced To Stay On The Courts On Tuesday And Wednesday, When Air Quality In Melbourne Was Among The Worst On The Planet.

Roger Federer demanded better communication about air quality at the Australian Open Saturday after smoke from bushfires hit the tournament's build-up, as officials announced new guidelines on pollution. Federer, the 20-time Grand Slam champion, said a lack of information made matters worse for players who were forced to stay on the courts on Tuesday and Wednesday, when air quality in Melbourne was among the worst on the planet. Slovenian Dalila Jakupovic was forced to retire during qualifying after a distressing coughing fit, while Britain's Liam Broady claimed "multiple" players needed asthma medication.

"I think communication is key from the tournament to the people, to the media, to the fans, to the players, because you do hear it's not safe to be outside, keep your pets inside, close your windows," Federer said. "You have court calls, then you look at the haze and everything, it doesn't look good. How far are we from that threshold of playing, not playing?"

World number six Stefanos Tsitsipas was another player who was troubled by the smog, saying he had difficulty breathing even after practising indoors in Melbourne. "I was coughing a lot, had troubles breathing for a couple of hours." Tsitsipas said Saturday, while Canadian young gun Denis Shapovalov claimed "I wouldn't play" if conditions deteriorated during the tournament.

"I'm 20 years old, I don't want to risk my life, risk my health being out there playing in this condition," he added. In the wake of the backlash, Australian Open organisers on Saturday unveiled a five-step air quality rating to determine when play should be halted, based on pollutants measured by monitoring stations throughout Melbourne Park. Play will be stopped if the particulate matter rating (PM2.5) -- the solid and liquid particles suspended in the air -- hits 200, or five on the air quality scale. Between 97 and 200 -- a four rating -- will trigger a discussion between medical staff and officials about halting play, with the match referee able to suspend a match if he sees fit.

The rules will apply to all outside courts and the Grand Slam's three arenas with retractable roofs, where play will be halted until the roof is closed.

Some players in qualifying questioned why influential stars like Federer didn't do more to speak up on their behalf during the choking haze, but the Swiss great, who is on the ATP player council, insisted he did everything he could. "What can I do? I can go to the office, speak to them. I went to them the first day when it was bad on Tuesday, the next day on Wednesday when it was still bad," he said. "I told them, 'Look, I just think communication is key for all of us, for everybody'. We just need to do more because I feel like I hadn't gotten enough information. Can I go on court and say, Everybody stop play? I can try. I don't think that's going to do much. 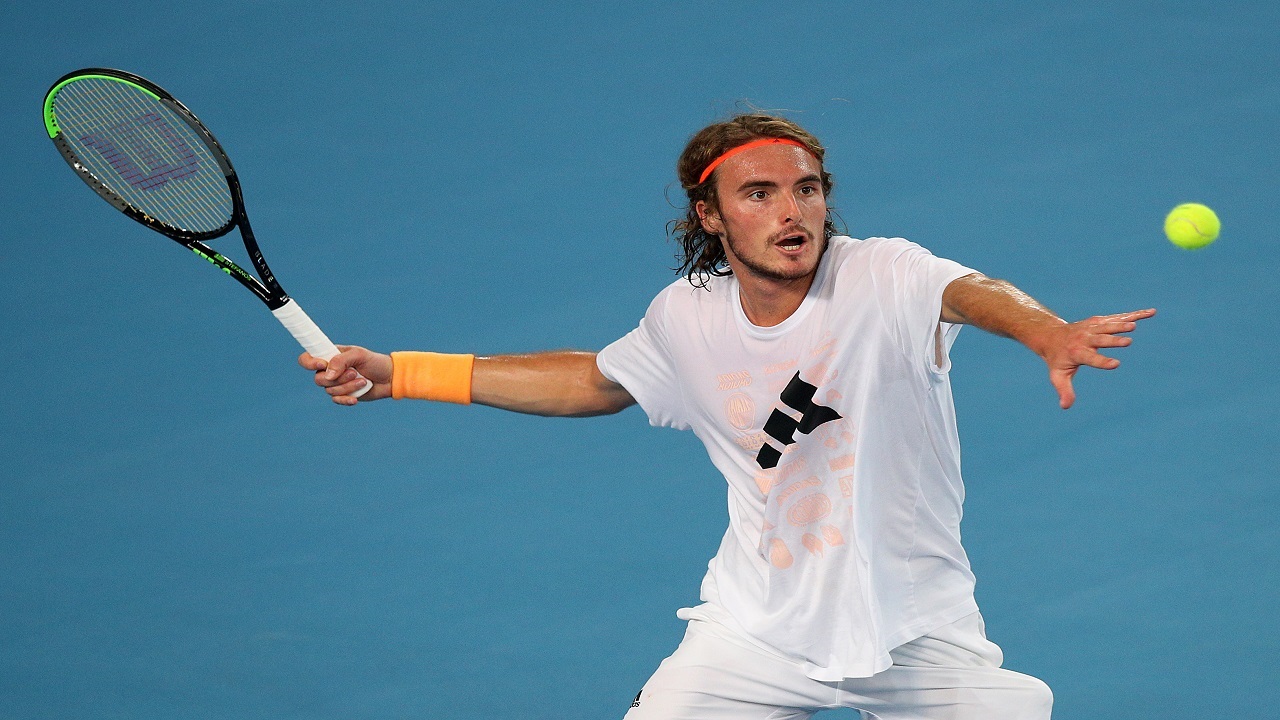 Stefanos Tsitsipas was another player who was troubled by the smog, saying he had difficulty breathing even after practising indoors. (Image credit: Getty Images)

Maybe it was all a bit late. But I don't think I can do more than what I did." The Australian Open gets underway on Monday, when rain is forecast. Air quality in Melbourne on Saturday was rated 'moderate', one step below 'good'. The 38-year-old said the air quality scale was a step in the right direction, and that he was not worried about playing in smoke haze.

"From what we were told yesterday in the player meeting, the Olympic Games and other competitions have the (particulate matter) numbers set at 300. Ours is set at 200," he said. "From that standpoint, I think we're moving in a very safe range. We're not here for six months straight at over 200, 300, you know. That's when maybe effects really become bad."

Australian Open chief Craig Tiley told reporters on Thursday he "absolutely understands the anger". "I do think air quality for sport and for tennis is a conversation we're going to have more of in the future," he added.