Roger Federer has been called out by Greta Thunberg for his association with Credit Suisse. (Photo Credit: Getty Images)

Over the past couple of days on Twitter, the #RogerWakeUpNow has been trending heavily. The reason - a stinging criticism by 17-year-old climate activist Greta Thunberg from Sweden and a post by 350.0rg Europe. A tweet on January 8 called out tennis sensation Roger Federer over his sponsorship deal with Credit Suisse. The tweet stated, "Since 2016, @CreditSuisse has provided $57 BILLION to companies looking for new fossil fuel deposits - something that is utterly incompatible with #ClimateAction @RogerFederer do you endorse this? #RogerWakeUpNow".

It was now revealed that about 12 Swiss activists in November 2018 had played tennis inside the branches of the Credit Suisse bank in what was a stunt intended to underscore Federer’s relationship with the Swiss financial giant. Credit Suisse has been in the news for having close links with the fossil fuel industry. Protesters with signs gathered outside the courtroom in Lausanne held up banners reading: "Credit Suisse is destroying the planet. Roger, do you support them?"

Now, Federer has responded to the criticism. However, the statement does not mention Credit Suisse specifically but other sponsors. "I take the impacts and threat of climate change very seriously, particularly as my family and I arrive in Australia amidst devastation from the bushfires. As the father of four young children and a fervent supporter of universal education, I have a great deal of respect and admiration for the youth climate movement, and I am grateful to young climate activists for pushing us all to examine our behaviours and act on innovative solutions. We owe it to them and ourselves to listen. I appreciate reminders of my responsibility as a private individual, as an athlete and as an entrepreneur, and I'm committed to using this privileged position to dialogue on important issues with my sponsors," Federer said in a statement sent to the wire agency Reuters.

Credit Suisse has been accused of investing more than 45 billion pounds in companies linked to the oil, gas and coal sectors since 2016. In a statement issued by the Swiss Bank, it said, "Credit Suisse is seeking to align its loan portfolios with the objectives of the Paris Agreement and has recently announced in the context of its global climate strategy that it will no longer invest in new coal-fired power plants". 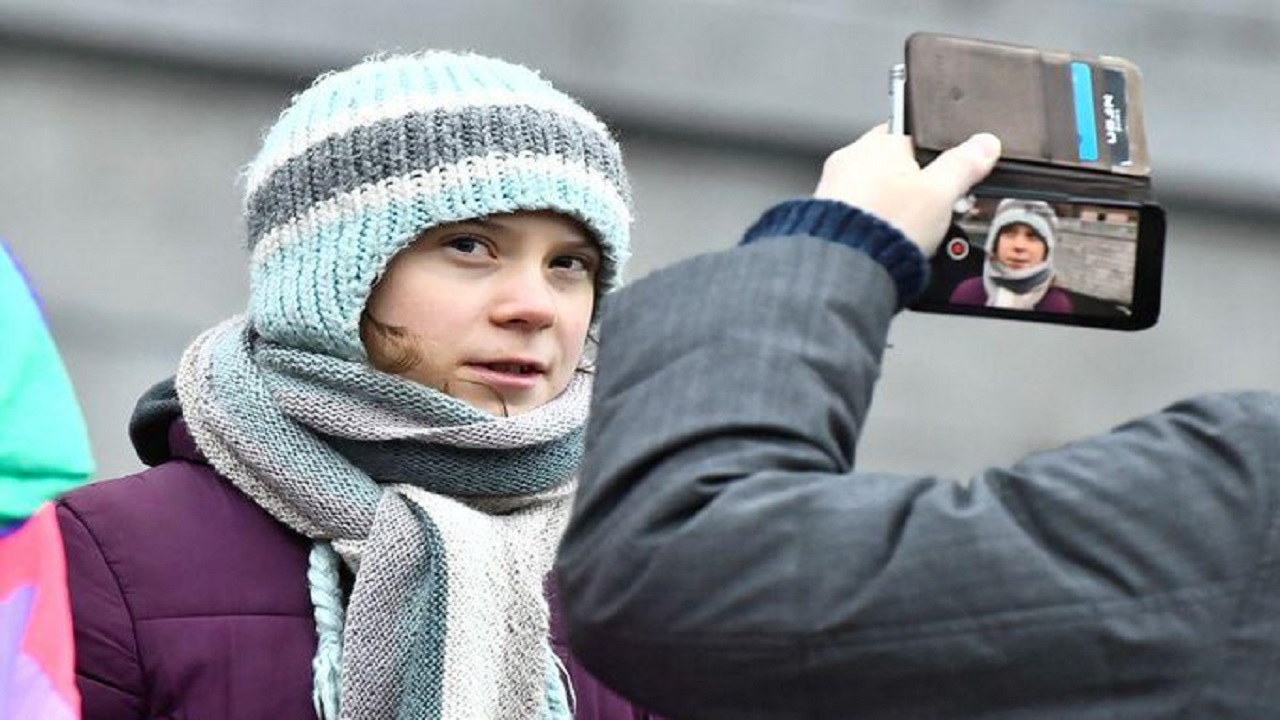 This is not the first time Greta Thunberg has called out a prominent person on Twitter. (Image credit: Twitter)

This is not the first time Thunberg has called out a prominent person on Twitter. Brazil President Jair Bolsonaro called her a 'spoilt brat' while French President Emanuel Macron also criticised Thunberg's action. Thunberg shot into prominence during a September 2019 speech in the United Nations on Climate Change. In that, her words 'How dare you' to world leaders became etched in the minds of the people all over the globe.

"You have stolen my dreams and my childhood with your empty words. And yet I'm one of the lucky ones. People are suffering. People are dying. Entire ecosystems are collapsing. We are in the beginning of a mass extinction, and all you can talk about is money and fairy tales of eternal economic growth. How dare you! For more than 30 years, the science has been crystal clear. How dare you continue to look away and come here saying that you're doing enough, when the politics and solutions needed are still nowhere in sight."