Serena Williams Owns Seven Trophies From The Year's First Major Championship And This Was Her Earliest Defeat There Since Also Bowing Out In The Third Round All The Way Back In 2006.

Serena Williams' bid to win a 24th Grand Slam title has been falling short with losses in finals. At this Australian Open, she didn't make it nearly that far. Serving only so-so, failing to convert all but one of her break chances and missing groundstrokes with alarming regularity, Williams stunningly exited in the third round at Melbourne Park, beaten 6-4, 6-7 (2), 7-5 by 27th-seeded Wang Qiang of China on Friday. Williams was broken in the final game, fittingly ending things with a backhand into the net. That was her 27th unforced error on the backhand side, part of a total of 56 miscues.

Wang made only 20. Williams owns seven trophies from the year's first major championship and this was her earliest defeat there since also bowing out in the third round all the way back in 2006. Here is just one measure of how unexpected this result was: The only other time these two women faced each other came at the U.S. Open last September -- the only Slam quarterfinal appearance of Wang's career -- and Williams needed all of 44 minutes to dominate her way to a 6-1, 6-0 victory.

The total points were 50 to 15. Wang quickly surpassed those game and point totals Friday, thanks in large part to nearly flawless play in the first set. She saved all four break points she faced in that set, accumulated 10 winners and made just five unforced errors. Wang picked up the lone break she needed at love with an easy forehand putaway winner that made it 5-4.

Soon enough, Williams was sailing a backhand return long to cede the set. Wang quickly went up in the second, too, and already was ahead by a break at 4-2 when she was a point away from earning another. But Williams -- so tough at the toughest moments for so many years -- steadied herself there to hold and get within 4-3. There was still work to do, though, and when Wang served for the victory at 5-4 in the second, Williams came through. 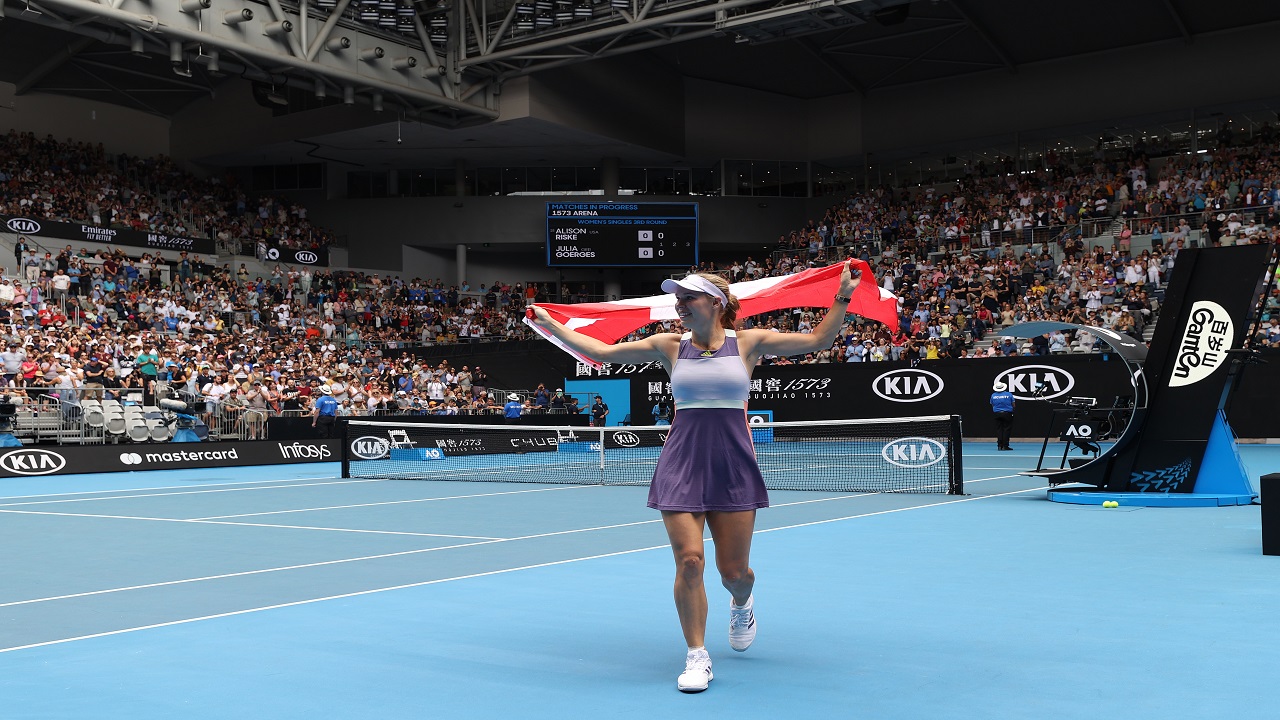 Caroline Wozniacki lost in her final Grand Slam as she bid adieu to her tennis career. (Image credit: Getty Images)

She was 0 for 5 on break points until then but the sixth time was the charm. On the point of the match, with both players slugging away from the baseline, it was Williams who did what it took to take it, smacking a cross-court forehand winner out of Wang's reach on the 24th stroke. Williams raised both arms and looked at her guest box in the stands, where her coach, Patrick Mouratoglou, and husband, Alexis Ohanian, rose to their feet to celebrate. All that did was prolong things, though. Eventually, Williams' comeback fell short.

Caroline Wozniacki's glittering tennis career ended in tears at the Australian Open on Friday when she was dumped out by lower-ranked Ons Jabeur of Tunisia. The Danish former world number one, who announced in December that this would be her final tournament, lost 7-5, 3-6, 7-5 in the third round. The unseeded 29-year-old brings the curtain down on a career that saw her win 30 WTA titles, with her sole Grand Slam triumph coming in 2018 at Melbourne Park.

"Only fitting that my last match was a three-setter, a grinder, and I finished my career with a forehand error. Those are the things I've been working on my whole career," joked Wozniacki, as she choked back tears. "Guess this is just how it was meant to be," added the Dane, who began playing tennis aged seven. Wozniacki, who made her professional debut in 2005, was given a rapturous reception by the Melbourne Arena crowd and was embraced by Jabeur.

"I've had unbelievable experiences on the court, amazing fans and support I've had my from family, especially my Dad, who has coached me all these years," said Wozniacki, who suffers with rheumatoid arthritis, which causes fatigue and joint pain. She has said that had nothing to do with her decision to leave tennis, wanting to start a family with husband and former National Basketball Association star David Lee.