This Was The First Official Price Cut Of Realme 2 Pro After It Hit The Indian Market Back In September, Last Year.

Gadget freaks have all the reasons to feel on top of the world as Chinese smartphone manufacturer Realme has slashed the price of its Realme 2 Pro mobile in India. The budget smartphone, which was launched at a starting price of Rs 13,990 in September, 2018, is now retailing for a mouthwatering price of Rs 12,990. However, the Rs 1,000 price cut seems to be available only for the 4GB RAM and 6GB RAM variants as the 8GB RAM variant continues to be sold for its older price till the time. While the 4GB RAM/64GB variant is now available for Rs 12,990, the 6GB RAM/64GB one is currently priced at Rs 14,990. The higher storage version, which comes with 8GB RAM and 128GB storage space, is till available for its launching price - Rs 17,990 - in the country. Being touted as the successor to the company's earlier launch Realme 2, Realme 2 Pro is available exclusively on Flipkart and Realme website.

Taking to Twitter, Realme on Wednesday announced the price cut of the gadget. "Transition seamlessly through apps with the powerful Snapdragon 660 AIE Processor in #Realme2Pro. Live life with #MaxPowerMaxStyle. Now available on @Flipkart starting at â‚¹12,990", the Chinese smartphone manufacturer wrote. This was the first official price cut of Realme 2 Pro after it hit the Indian market back in September, last year.

If you are a gadget freak and planning to grab this budget smartphone of Realme Mobile anytime soon, let us give you a quick crash course here. Check out Realme 2 Pro Price, Specifications and Features: 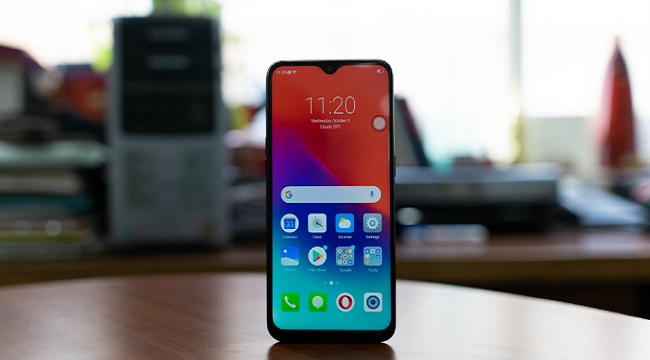 On the camera front, Realme 2 Pro has a dual camera setup on the back consisting of a 16MP primary sensor with an aperture of f/1.7 paired with a 2MP secondary sensor. For selfie freaks, it features a 16MP sensor with an aperture of f/2.0. Realme 2 Pro runs Googleâ€™s Android 8.1 Oreo operating system with the companyâ€™s own ColorOS 5.2 skin on top and is backed by a 3500mAh battery.