Rich In Colours, The First Slide Features An American Player While The Second One Represents Her Dutch Counterpart.

With just a few hours left for the FIFA Women's World Cup final 2019, search engine Google on Sunday dedicated a colourful doodle featuring the two competing teams - US and Netherlands, that will take on each other for the prestigious trophy in Lyon, France. The piece of art has captured the energy and spirit of the sporting extravaganza, showcasing the zeal and skill, the women played the tournament with till the time.

The doodle with a 3D impression is flanked by the team logos and will redirect you to a slide show after you click on it. Rich in colours, the first slide features an American player while the second one represents her Dutch counterpart. While the American team, wearing the crown of the Statue of Liberty maiden, is seen in stars and stripes, the Dutch were vibrant in their oranges and strong action mode with Ruud Gullit-styled hair flying all over palce spotted with Tulips in the interactive doodle. The celebrated landmark is fronted by six letters of the word G-O-O-G-L-E, each one of them are being written in green font. 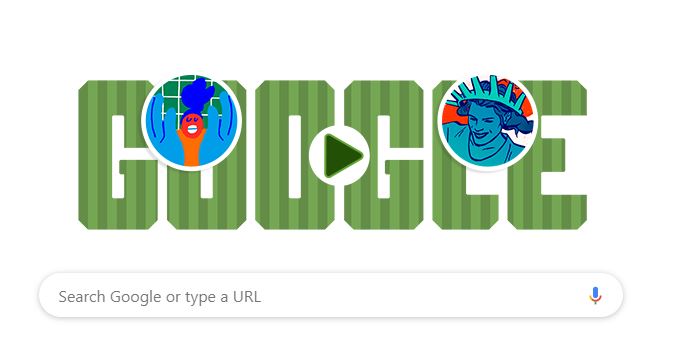 A total of 24 teams took part in the month-long event which saw 51 matches being played before the finals, scheduled to be held 8:30 pm (IST) onwards at Parc Olympique Lyonnais in Lyon today. The prize money for the tournament, which started on June 7, will be $30 million, of which $4 million is awarded to the champions and $2.6 million to the runners-up.