PUBG Mobile to roll out new updates in EvoGround mode, check out here

PUBG Mobile has been receiving several changes in the last few months where new maps and game modes have been introduced along with better playing experience. Now, the makers of the game have come up with another update which will feature two new maps, however, the name of the maps is not yet revealed. It will be available for download from Monday, July 29.

Recently, PUBG released its eight season of the game which includes some new skins, weapons and vehicles and more.

The new update is also expected to introduce a personal pet in the lobby and a new protective shield against zombies. These new features were revealed in a video shared on YouTube channel ‘Mr Ghost Gaming’.

Currently, it is showing two blocks which says ‘’Stay alive for one very long night to fen do ff zombies and win when the morning comes. Avoid the toxic gas by staying inside’’.

It also reads some of the Bonus Effect which will be implemented after the update:

Scavenger – Chance to reload the current weapon after killing a zombie.

Counterattack – Once per match, killing a monster while having less than 25 per cent health will restore a large amount of health.

Shell Shock – When the player gets knocked down, nearby zombies are stunned and rendered immobile for a while, Only triggers once per match. 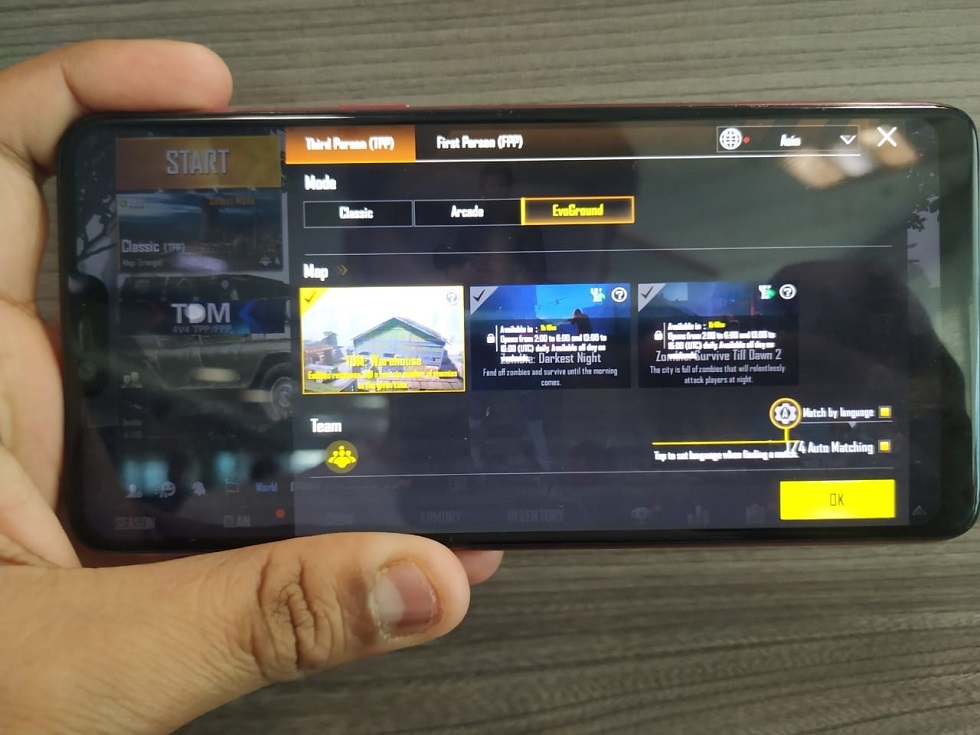