The US Has Feared A Backlash Against Its Mission And Bases Where Its Troops Are Deployed Across Iraq Following The Precision Drone Strike That Killed Iranian General Qasem Soleimani On Friday.

In Baghdad, mortar rounds on Saturday evening hit the Green Zone, the high-security enclave where the US embassy is based, security sources said. The Iraqi military said that one projectile hit inside the zone, while another landed close to the enclave. Sirens rang out at the US compound, sources there told AFP.

A pair of Katyusha rockets then hit the Balad airbase north of Baghdad, where American troops are based, security sources and the Iraqi military said. Security sources there reported blaring sirens and said surveillance drones were sent above the base to locate the source of the rockets.

The US embassy in Baghdad as well as the 5,200 American troops stationed across the country have faced a spate of rocket attacks in recent months that Washington has blamed on Iran and its allies in Iraq. One attack last month killed a US contractor working in northern Iraq, prompting retaliatory American air strikes that killed 25 hardline fighters close to Iran.

Tensions boiled over on Friday when the US struck Soleimani's convoy as it drove out of the airport and US diplomats and troops across Iraq had been bracing themselves for more rocket attacks.

The Green Zone is the common name for the International Zone of Baghdad. It is home to government offices and foreign embassies of many countries, including America. It is a 10-square-kilometer (3.9 sq mi) area in the Karkh district of central Baghdad. It was the governmental center of the Coalition Provisional Authority during the occupation of Iraq after the American-led 2003 invasion and remains the center of the international presence in the city. 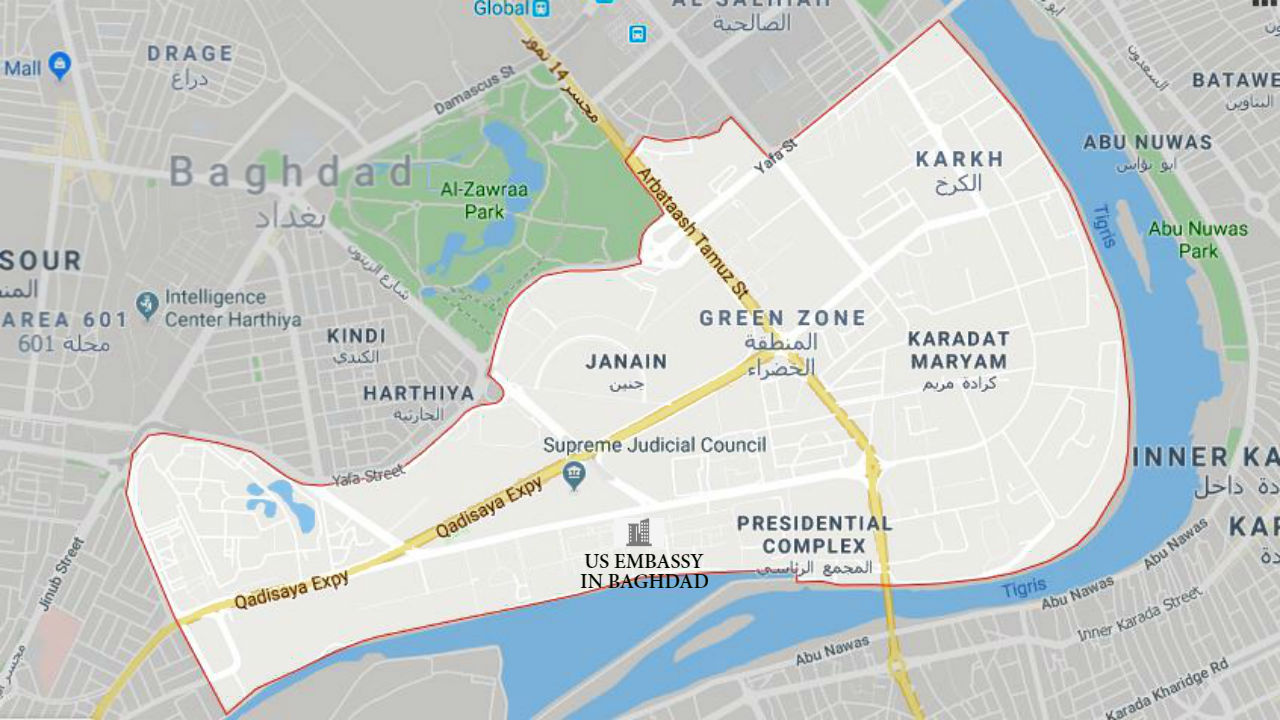 According to reports, thousands of mourners marched in the funeral procession through Baghdad with many chanting: "Death to America". General Qasem Soleimani, the head of Iran's elite Quds force and mastermind of its regional security strategy, was killed in an airstrike early Friday near the Iraqi capital's international airport. Soleimani and Mohandis were killed along with eight others in a precision drone strike early Friday as they drove away from Baghdad international airport in two vehicles.