G7 Summit: Macron Does Away With THIS Decade-Old Tradition To Court US President

The G7 Or The 'Group Of Seven' Epitomizes The Collection Of World's Richest Democracies Which Includes The United States Of America, Britain, France, Germany, Canada, Italy, And Japan.

World leaders gathered in the French coastal town of Biarritz for the 45th summit of G7 nations. (Photo Credit: PTI)

The G7 or the 'Group of Seven' epitomizes the collection of world's richest democracies which includes the United States of America, Britain, France, Germany, Canada, Italy, and Japan. World leaders gathered in the French coastal town of Biarritz for the 45th summit of G7 nations in order to discuss a variety of issues ranging from climate change to dwindling dynamics of world trade. The motive of the summit was to shape global responses to challenges affecting countries worldwide.

Moreover, things were not as smooth as they appear in the host nation as representatives from the 'Yellow Vest' movement converged near the summit venue and protested over gay rights, environmental degradation, globalisation etc.

To quote European Council President Donald Tusk, "It will be a difficult test of unity and solidarity". The challenge, as per him, 'emerges out of deep divisions over a range of issues including trade and climate change'. In the backdrop of trade-war between America and China, Tusk's apprehension needs to be given heed.

The other areas of discussions largely centered around Britain's exit from European Union, tensions between US and Iran over the latter's nuclear programme and Amazon fire which has hogged the limelight for over some time now.

French President Emmanuel Macron, who also is the host of the summit, seeks the heads of the G7 nations to ponder upon the defence of democratic values i.e. democracy, ensure gender equality, improve quality of education and environment protection.  Along with this, the French President also extended his invitations to other world leaders from Asia, Africa, and Latin America to join them in order to catalyse the solutions for global challenges that loom large over world. 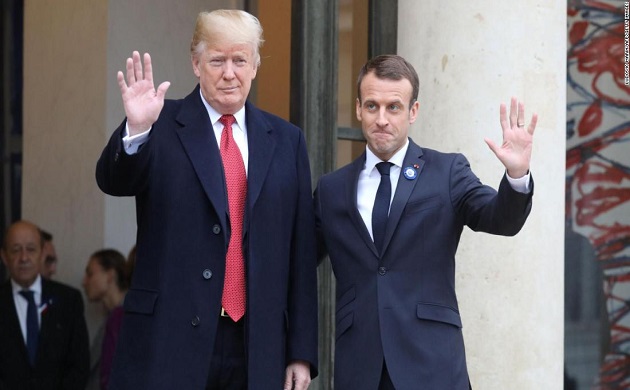 The most crucial meeting, as being touted by media worldwide, took place between the French President and his US counterpart Donald Trump. Just before leaving for the G7 summit, Trump accused France of imposing unreasonable and 'unfair' taxes on American companies like Google and Amazon. Although, Macron defended the three per cent tax on digital revenues of large Internet-based firms that France imposes.

Trump's tirade against rivals didn't stop here as he vociferously upped the ante against China as he raised retaliatory tariffs and asked US companies to search for alternatives to do business in China.

Moreover, the last year's G7 summit in Quebec saw Trump clashing with other world leaders as he underlined the differences between America and other G7 participants. A bizarre situation was created when he left early ahead of the climate change talks. With Trump's reservations against signing the final communique last time in Quebec, Macron this time decided to do away with the tradition, of signing the communique, held since 1975.

After the meeting between Trump and Macron concluded, the former, striking positive chords, thanked the host for 'having him there'.

Earlier, Trump, while speaking to reporters in the oval office, voiced his support for Russia's entry to the G7 group. He went on to opine that the G7 should rather be made G8 again.

Interestingly, Chinese President Xi Jinping has not been invited for the G7 summit in Biarritz. But China clarified and stood firm against Trump's additional tariffs amounting to $550 billion.

Other world leader being closely observed is UK's new Prime Minister Borris Johnson. Johnson made his G7 debut amid pressures of smoothly take Britain out of the EU. Amid US' apprehension over world trade, the former journalist and current UK PM Borris Johnson would want America to fill the lacunae after his nation leaves the largest trading partner, EU. In the wake of the UK's waning impact in Europe, it highly relies on America for its resurrection.

Johnson is likely to focus on issues like environment protection, gender equality, and global trade as well. He raised his concerns over US-China trade war and expressed his wish for the countries to open up the discussion and lift their tariffs.

The Amazon fires also remained a big agenda of the G7 summit. The French President in his tweet mentioned, "Our house is burning". He added, "The Amazon rainforest – the lungs which produce 20% of our planet's oxygen – is on fire. It is an international crisis. Members of the G7 Summit, let's discuss this emergency first order in two days! #ActForTheAmazon." However, Macron's comment over Amazon fire didn't go down well in Brazil as Brazilian leader Jair Bolsanaro took to Twitter to hit out at Macron saying he has a 'misplaced colonial mindset'. The comment comes when according to Bolsanaro, 'Amazon is being discussed in G7 without Brazil being present there'. 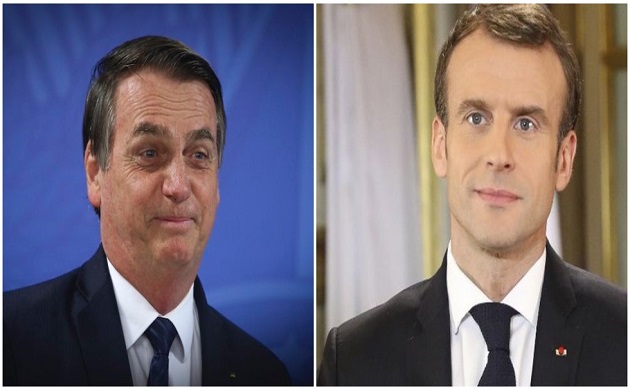 The summit also saw deliberations over bolstering the idea of democracy world-wide. According to Macron, there's a 'profound crisis of representative democracy', particularly, in Europe.

Along with this, the host nation France itself is reeling under many problems and a lot many issues have piled up for Emmanuel Macron to tackle. Protests like "Yellow Vest" movement is being monitored closely and the French government would seek to address the grievances of the citizenry.