Jacinda Ardern And Clarke Gave Birth To A Daughter Named Neve Te Aroha Last Year, She Is Also The Second Elected Leader To Give Birth While In Office, After Pakistan's Benazir Bhutto In 1990.

New Zealand Prime Minister Jacinda Ardern has now been engaged to her long-time partner Clarke Gayford, her spokesman said on Friday.  Ardern was seen at a ceremony on Friday wearing a diamond ring on the middle finger of her left hand. Her spokesman then confirmed that the pair got engaged over Easter. Last year, Ardern and Clarke gave birth to a daughter named Neve Te Aroha. "I have a partner who can be there alongside me, who's taking up a huge part of that joint responsibility because he's a parent too, he's not a babysitter," Jacinda Ardern had told this to told Radio NZ.

Jacinda Ardern is the second elected leader to give birth while in office, after Pakistan's Benazir Bhutto in 1990. 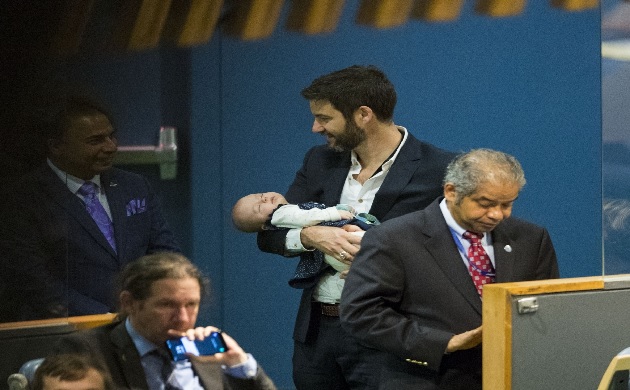 Ardern and Gayford became a couple after he approached her about a constituency issue in her Auckland electorate of Mount Albert about five years ago. Gayford's television show, "Fish of the Day," has been sold to 20 countries.

The 38-year-old Ardern was widely praised for the compassion and leadership she showed after a gunman killed 51 worshippers at two mosques in Christchurch on March 15.

Time magazine last month included Ardern on its list of the 100 most influential people in 2019.