Trump, TRUMPED!! Twitter Has A Meltdown Over Nancy Pelosi Tearing SOTU Copy In Half

The Tension Was So Thick That One Could Almost Cut It With A Knife. And US President’s Apparent Snub Didn’t Help It Either.

US President Donald Trump’s annual ‘State Of The Union’ address during the joint session of the US Congress was seen as yet another bid by the ‘impeached’ leader in showcase his ‘all-time high’ performance numbers. Instead, it was US Speaker Nancy Pelosi, who stole the show. The friction was palpable between the Democrats and the Republicans. The tension was so thick that one could almost cut it with a knife. And US President’s apparent snub didn’t help it either. During the start of the address, it appeared that Trump snubbed Nancy Pelosi and didn’t shake her outstretched hand. Without making an eye contact, he began his address, which was understandably self-congratulatory tone.

Nearly two hours into the SOTU address, Pelosi took her revenge and it immediately went viral. As Trump was concluding his SOTU address, Pelosi was seen tearing the copy of the address in a half! The clip sparked intense Twitter discussion. While many lauded the US Speaker, others said that she had given fodder to the Republicans for ‘disrespecting the US Constitution’ by ripping the copy of SOTU address. In her own sassy way, Pelosi in fact triumphantly spoke about her action. “I tore it up,” Pelosi said to the mediapersons. According to the Washington Post, asked by reporters why she had torn up Trump’s speech, Pelosi replied, “It was the courteous thing to do, considering the alternative.” Here are some of the best reactions to Pelosi’s shocking act.

@SpeakerPelosi is my spirit animal pic.twitter.com/CBmog9NCsz

Would have been better if I didnt have to watch @SpeakerPelosi the whole time. #Trump2020 #SOTU pic.twitter.com/Z3F5MzadNe

A true American hero. Thank you @SpeakerPelosi, I would have done exactly the same. #STOU2020 https://t.co/28SW1OtXaW

But this is not the first time that Pelosi has triggered the meme fest. During last year’s State Of The Union Address, Pelosi’s ‘clap act’ became viral with social media going in overdrive. 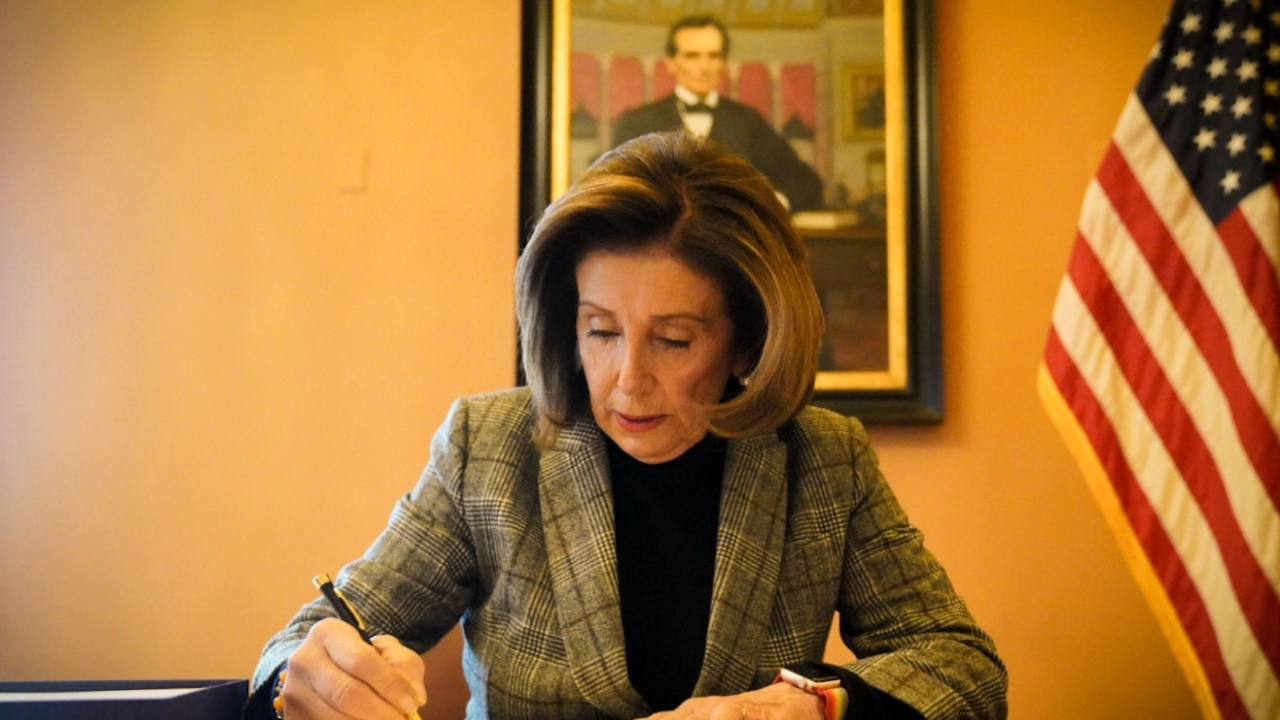 One of the most powerful women politicians in Washington DC, Nancy Pelosi is known in her inside circle as someone who 'barely sleeps'. Nancy Pelosi/Twitter

The California Democrat was seen looking straight in Trump’s eyes and clapping with outstretched arms and smirk on her face. The moment had made Pelosi a ‘bada#@ rebel’ for social media.

#SOTU Memory! Madam Speaker of The House #NancyPelosi giving some guy a well deserved hand or wait is that a clap ðŸ‘ÂÂÂÂ back? ðŸ˜¡ pic.twitter.com/gxzXtfQD7G

While everyone is talking about Pelosi, politically, it will be a big day for Republicans. Because SOTU comes on the eve of the impending acquittal of Trump during the impeachment trial.

Setting the stage for his re-election bid, President Donald Trump in a self-congratulatory State of the Union speech on Wednesday underlined the economic gains of the US under his leadership, asserting that "the American Dream is back" and is "stronger than ever before". "The years of economic decay are over...Gone too are the broken promises, jobless recoveries, tired platitudes, and constant excuses for the depletion of American wealth, power and prestige," Trump said on the eve of his likely acquittal by the Senate in the impeachment trial.