US Elections 2020: As Pete Buttigieg Ends Campaign, These 6 Democrats Are Still Fighting To Challenge Donald Trump

With Pete Buttigieg Ending His Run On Sunday, Six Candidates Remain In The US Democratic Presidential Nominating Contest From What Was Once A Field Of More Than 20.

Pete Buttigieg, the former mayor of South Bend and the first openly gay US presidential candidate from a major party, ended his campaign to be the Democratic nominee in the November election against Donald Trump on Sunday. With Buttigieg ending his run, six candidates remained in the US Democratic presidential nominating contest from what was once a field of more than 20. The race now heads to Super Tuesday, when voters in 14 states will head to the polls and present a test for the remaining candidates.

Buttigieg's announcement may have given an unexpected boost to former vice-president Joe Biden who has bounced back in the campaign after a huge win in South Carolina primary. Buttigieg, who pulled off a surprise narrow win in Iowa and a close second finish in New Hampshire, was running as candidate appealing to liberal and centrist wing of the party- section who build the bedrock of Biden's campaign. Biden who has done poorly in Iowa, New Hampshire and Nevada is now narrowly begind Bernie Sanders in terms of delegates alloted and leading in terms of popular vote. Many believe that Mayor Pete's exit will help Biden challenge Sanders in the Super Tuesday states.

Here's a look at the people who are still in race to challenge Donald Trump in the 2020 US Presidential Election: 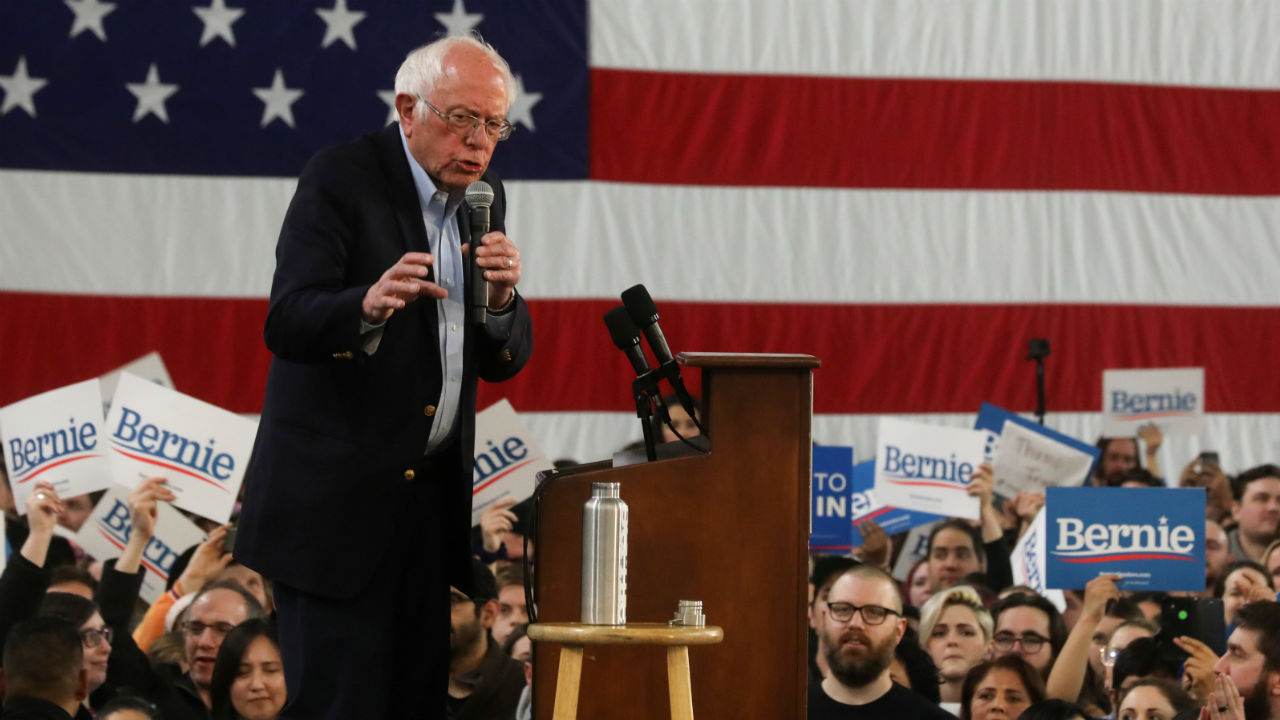 According to his profile by Reuters, the US senator from Vermont with an impassioned following is making a second attempt at the presidency and has secured a position as front-runner after the first four nominating contests. Sanders finished second in Iowa and South Carolina and first in New Hampshire and Nevada. As in his first presidential run in 2016, Sanders, (78) has campaigned as an unapologetic, self-described democratic socialist who seeks nothing less than a political revolution. Sanders, whose signature issue is government-run universal healthcare, has again proven to be a fundraising powerhouse, leading the field in terms of total campaign contributions. 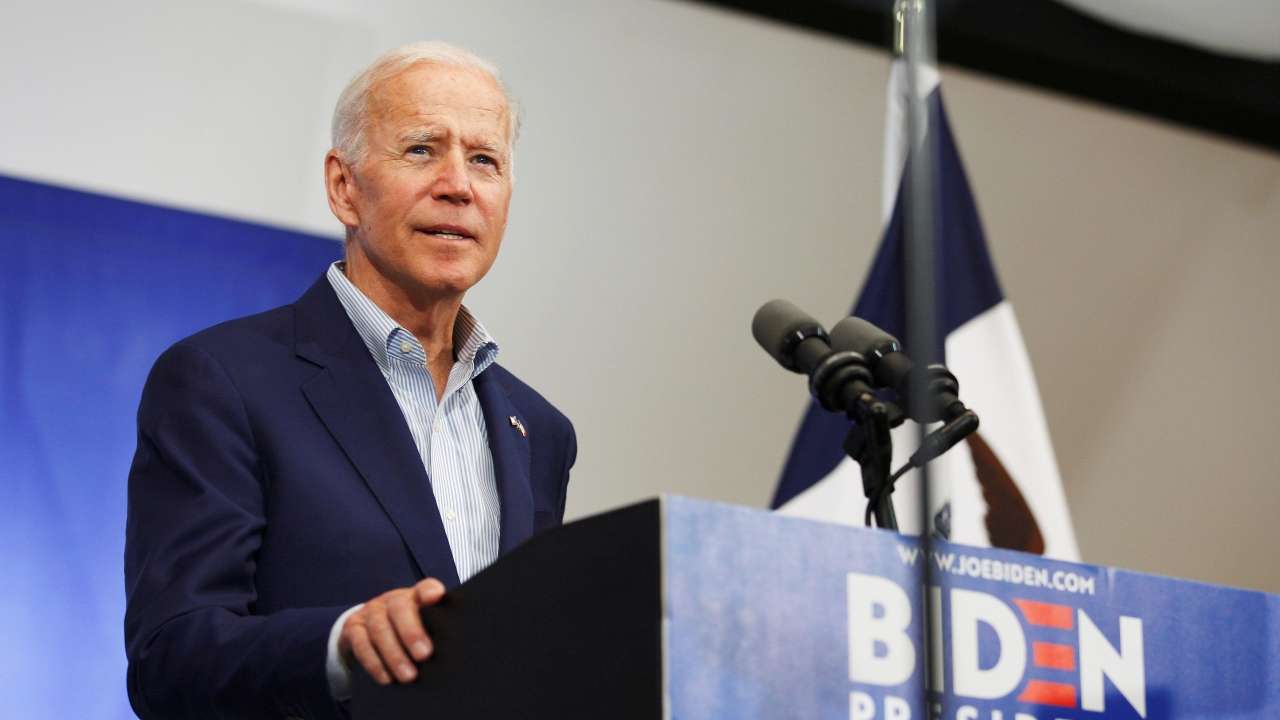 Joe Biden, who was vice president under President Barack Obama, built his candidacy on the argument that his more than 40 years in elected office makes him best suited to take over from Trump on Day One, according to Reuters. Lackluster performances in Iowa and New Hampshire cost Biden his front-runner status, though his campaigned argued Nevada and South Carolina would be a better test of his ability to assemble a diverse coalition of supporters that includes African Americans, Hispanics and working-class white voters. Biden finished second in Nevada and a decisive first in South Carolina. At 77, questions persist about his age and his moderate brand of politics, which progressives contend are out of step with the leftward shift of the party. Trump's apparent effort to push the Ukrainian government to investigate Biden and his son Hunter, which resulted in Trump's impeachment, appeared to boost Biden's argument that the president views him as a threat. 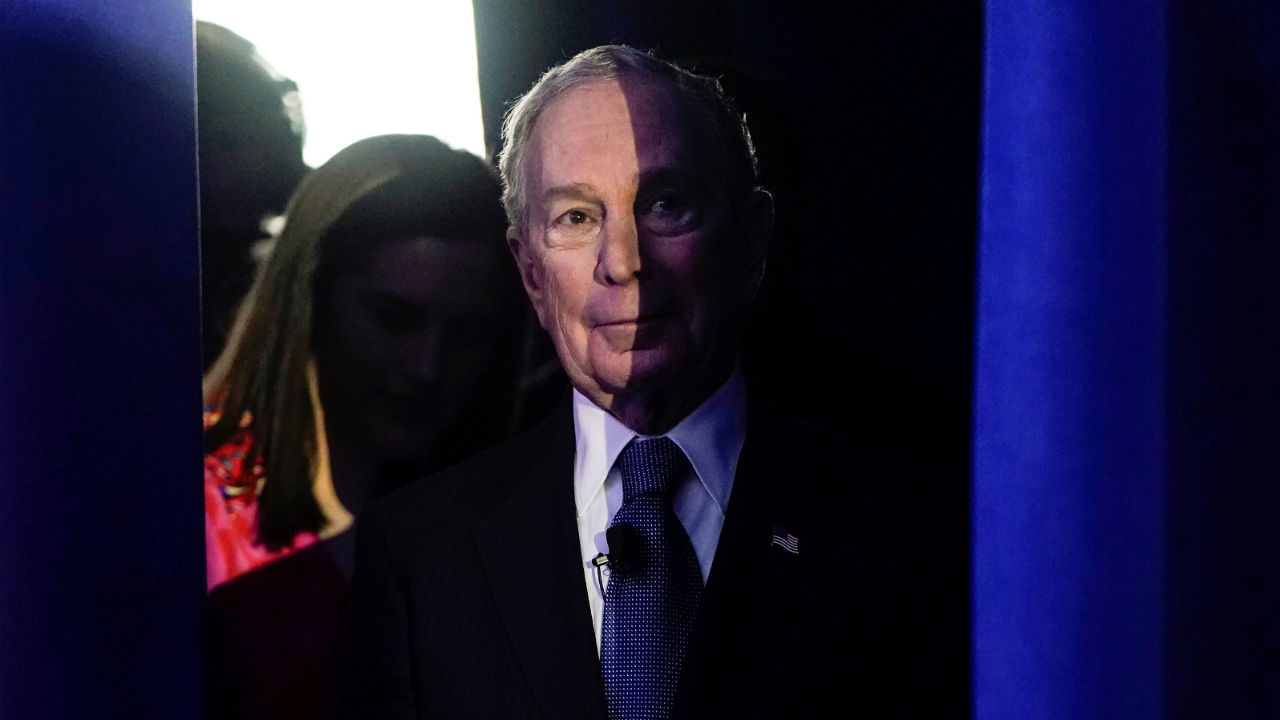 Media mogul and former New York City Mayor Bloomberg (77) announced his candidacy in November, very late in the game. In an unusual move, Bloomberg is skipping early voting states, focusing instead on the larger states such as California, Florida and Texas that vote on March 3 - Super Tuesday - and beyond. Ranked by Forbes as the eighth-richest American with an estimated worth of $53.4 billion, Bloomberg has previously been praised within the party for his advocacy and philanthropy on climate change and in fighting gun violence. He served as mayor of New York from 2002 to 2013. Biden has poured hundreds of millions of dollars of his own wealth into trying to win the nomination, spending millions on television advertisements. 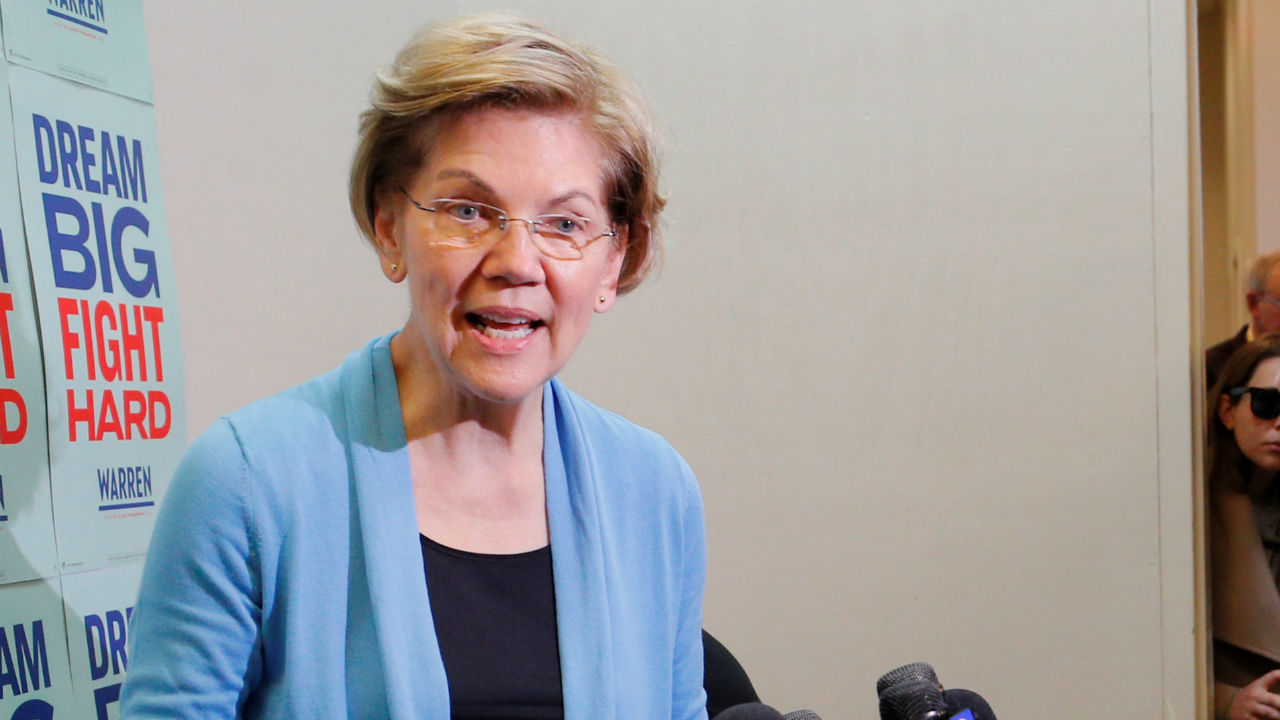 The 70-year-old US senator from Massachusetts saw her standing in opinion polls skyrocket and then fade in the months leading up to the early primary contests. Warren finished third in Iowa, is likely to finish fifth in South Carolina, and was fourth in Nevada and New Hampshire, which neighbors her home state. A fierce critic of Wall Street, she has based her campaign on a populist anti-corruption message and argues the country needs "big, structural change." Despite her liberalism, she has been criticized by some progressives for not fully embracing the "Medicare for All" healthcare plan that would eliminate private insurance in favor of a government-run plan. Some moderates, on the other hand, view her policies, which include a tax on the super-rich, as too extreme. Even so, Warren contends that she is the best candidate to unite the party's warring moderate and progressive factions. 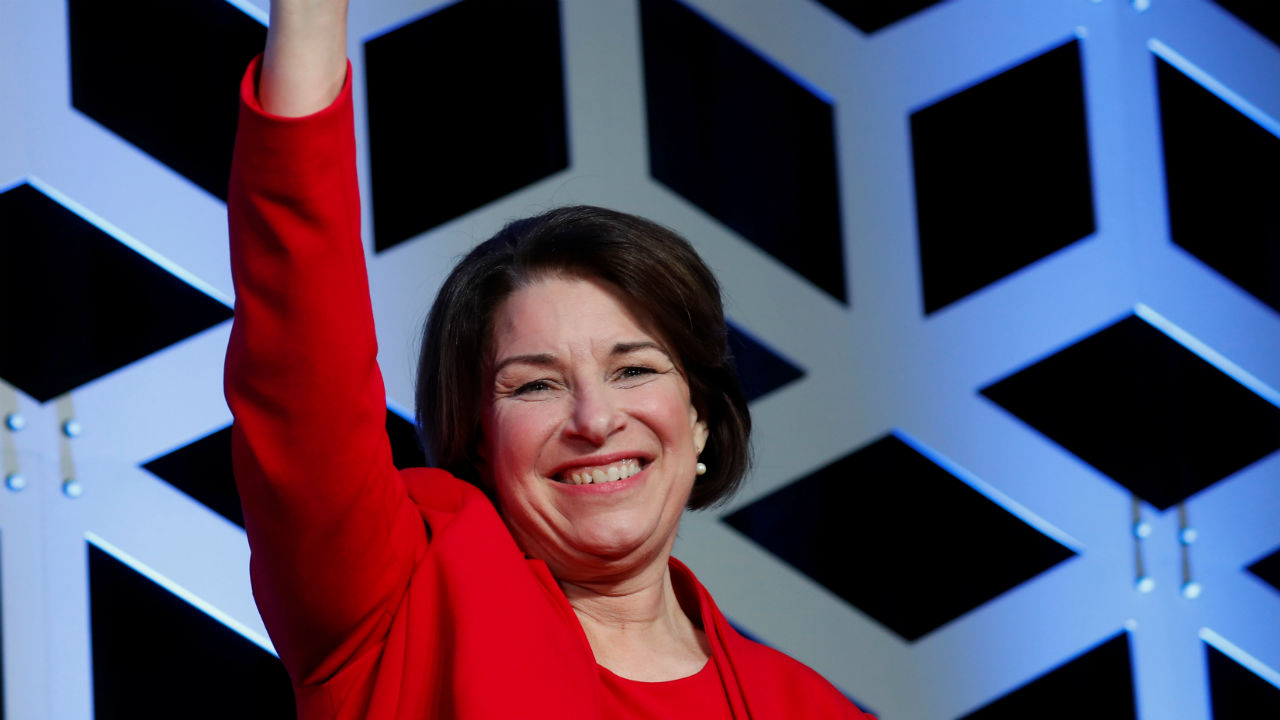 The US senator from Minnesota has built her campaign by presenting herself as a pragmatic alternative to the likes of Sanders and Warren and charming voters with a self-effacing sense of humor. The focused much of her early campaign on winning the neighboring state of Iowa, where she finished fifth. She was able to capitalize on her momentum and placed third in New Hampshire, a result that has rocketed her campaign into the top tier of candidates. But she saw her steam fizzle when she hit Nevada, where she finished sixth, and South Carolina, where she is likely to finish sixth once votes are counted. 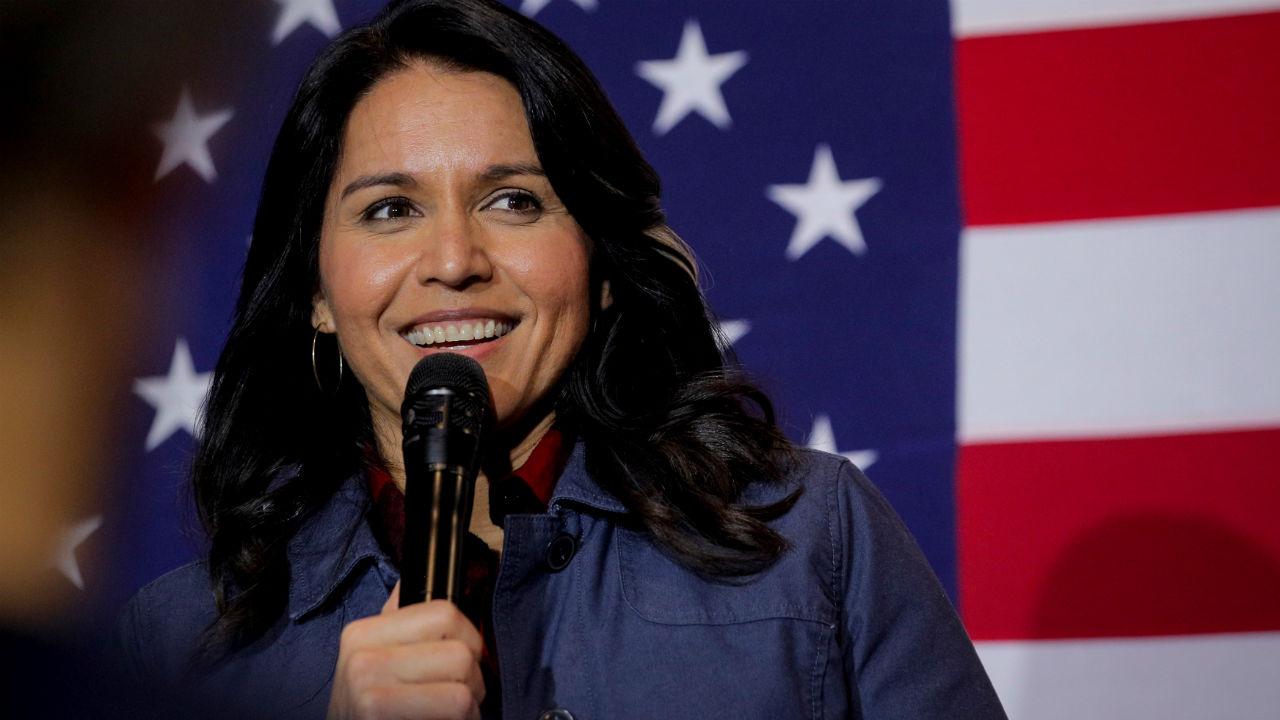 The Samoan-American congresswoman from Hawaii is the first Hindu to serve in the U.S. House of Representatives and has centered her campaign on her anti-war stance. Despite finishing in all four early primary states near the bottom of the heap, Gabbard, an Iraq war veteran, has vowed to continue to campaign. Gabbard's populist, anti-war approach has won her fans among both the far left and the far right. Gabbard (38) has been engaged in a public feud with 2016 Democratic presidential nominee Hillary Clinton. She sued Clinton for defamation, seeking at least $50 million in damages for suggesting last year that one of the party's White House contenders was a "Russian asset."